Bruce Springsteen – Born in the U.S.A. 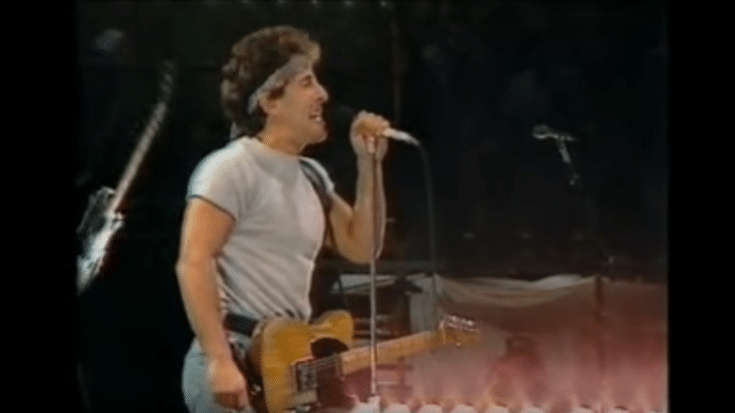 Born in the USA is a song from the year 1984 written by Bruce Springsteen. It’s taken from an album of that same name and it’s one of Springsteen’s best known singles. The Rolling Stone magazine ranked this song at No. 275 on the list of “500 Greatest Classic Songs All Time”. In the year 2001, RIAA Songs of Century placed this song at No. 59 (out of 365 songs).

Born in the USA was originally written in the year 1981 as title song for the film which Paul Schrader was considering to make and Bruce Springsteen was also considering to star in (the film ultimately became “Light of Day” which starred Michael J Fox). The song turned out extremely well that Bruce Springsteen used the single for his multi platinum album. Lyrically, this song deals with negative effects of Vietnam War on the Americans and cruel mistreatment of the Vietnam veterans upon their arrival back in the US.

Born in the USA peaked at number 9 on Billboard Hot #100 singles chart in the late 1984 and it was the 3rd of a “record tying” 7 Top ten hit singles from the album “Born in the USA.” It also made to the top ten Billboard Rock Tracks chart, which indicates solid play on album oriented rock station.