Brian May Didn’t Even Have To Sing His Song – 80,000 People Were Already Doing It For Him 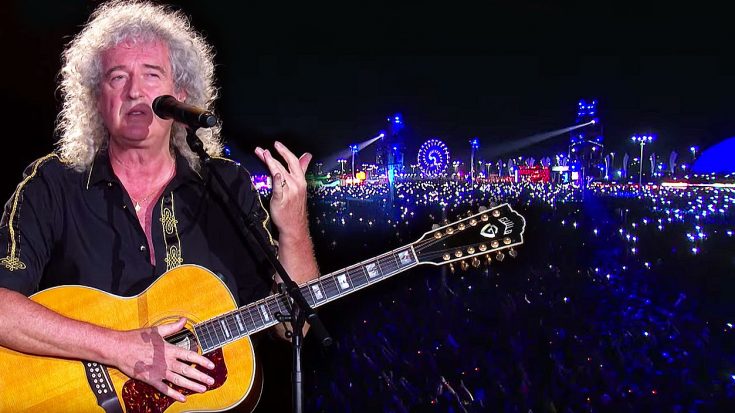 The Largest Karaoke Night In History!

When you think of the term ‘arena rock’, you typically think of the legendary rock band Queen. As if I have to explain this to you, Queen is undoubtedly one of the (if not THE) most iconic rock bands to have ever taken the stage. Their music and showmanship are the stuff of legend and they are still revered as one of the most influential bands of all time because of that. Often imitated, yet never duplicated, they are one of the best, pure and simple.

After the passing of front man Freddie Mercury, the band had every reason in the world to call it quits. However, the band would persevere and continue on all while honoring Freddie Mercury’s memory. The performance you’re about to see is testament to that.

What you’re about to watch is Brian May, lead guitarist of Queen, take the stage with his 12-string guitar and perform Queen’s hit song “Love Of My Life”. What makes this performance so special is the fact that the crowd of over 80,000 people took it upon themselves to sing the ENTIRE song by themselves. All Brian May has to do is play the chords and the crowd sings it all themselves. Not only that, but Brian May has a special surprise for them near the end. See for yourself!