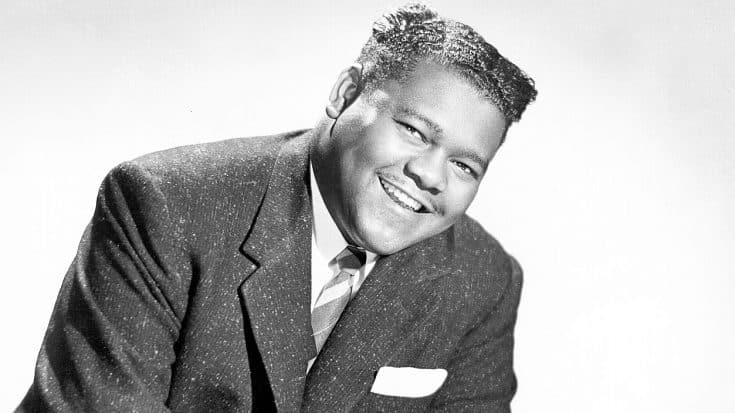 The Passing Of A Legend

It is with heavy hearts that today we have to report to you that Fats Domino, iconic rock & roll trailblazer and pioneer has passed away at the age of 89. Mark Bone, chief investigator with the Jefferson Parish coroner’s office in Louisiana, confirmed his death. He died of natural causes.

Antoine Domino Jr. was born and raised in New Orleans, Louisiana, the eighth and youngest child of Antoine Caliste Domino and Marie-Donatille Gros. His family was French Creole and even spoke Louisiana Creole French as his first language. Antoine was taught to play piano by his brother-in-law Harrison Verrett, a jazz guitarist.

Billy Diamond, a New Orleans bandleader, first noticed Antoine performing at a backyard BBQ. Upon hearing him play, Billy asked Antoine to join his band the Solid Senders. It was then that Atoine was given the nickname “Fats” mainly because Antoine reminded Billy of the famous piano players Fats Waller and Fats Pichon.

All Roads Lead To Domino…

Domino was in a league of his own paving the way for many, many rock icons to follow. Such legendary performers as Elvis Presley, Paul McCartney, Jerry Lee Lewis, and even John Lennon among others all regard Domino as one of their biggest musical influences. It goes without saying that this man was one of the most important people in all of music.

RIP the great and supremely talented Fats Domino. He made "Ain't That a Shame", probably the happiest depiction of a break-up ever recorded pic.twitter.com/mG2m0i7MoN

RIP fats domino… you helped pave the way for new orleans piano players… see you on top of that blueberry hill in the sky ❤️??❤️

RIP #FatsDomino. What a legend, I’m not sure if people even realize anymore how big of a role he played in the early days of rock n roll. Thank you Fats. See you on the other side. #nowspinning #thefatman #neworleans #whenthesaintsgomarchingin #rosemary

Thank You For The Memories…

It truly goes without saying that Fats Domino was, is, and will always still be a pillar in the world of music. As underrated as he is, he was an incredibly important person for rock & roll. His music has touched the lives of so many – ultimately paving the way for hundreds, even thousands of iconic musicians to follow. Our thoughts and prayers go out to all of his friends and family during this sad time. Thank you for the memories, Domino. RIP.