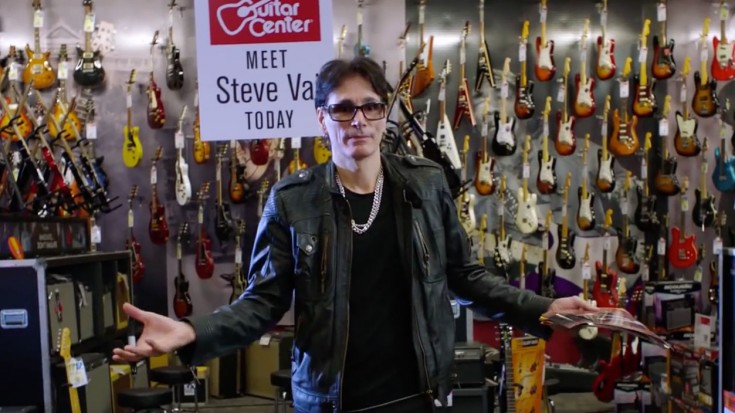 They Stole The Show!

The 2 Cello Boys are at it again!

This time stealing away fans from iconic guitarist Steve Vai at his own autographing event!

A confused and irritated Steve Vai starts to lose fans to the sounds of ACDC sounding throughout the Guitar Center and approaches to see could have possibly stolen his crowd.

As he nears in, Steve rests his eyes on his adoring fans surrounding two young men playing the hell out of cellos to ACDC’s iconic hit “Highway To Hell.”

So what’s his next move? Check it out!