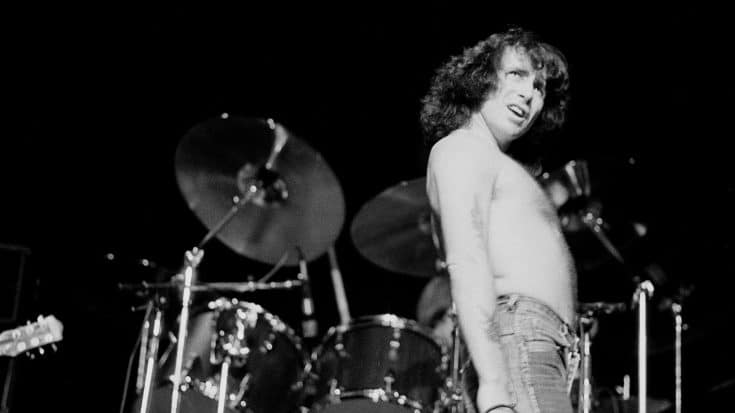 Other Rockers Paid Tribute To Him

Bon Scott would have celebrated his 75th birthday last July 9. Though he passed away over four decades ago at the age of 33, his influence on other musicians and overall impact on rock ‘n roll has remained strong. He wasn’t just a charismatic frontman, he also had one of the most distinctive and easily recognizable voices in history.

And to celebrate the occasion and honor his legacy, his family and estate launched his first official website.

“On the occasion of what would have been his seventy-fifth birthday, the Bon Scott estate (Bon’s two brothers and his nephew) are proud to launch the new website and take this important step toward elevating Bon’s legend and tending to his legacy,” his estate said in a statement. “Bon was a unique singer, songwriter and character that the world should never forget.”

“This is an invitation for Bon’s fans and friends to gather and share their memories and observations of him and his music,” they continued. “His legacy lives in the hearts and minds of those who love him.”

The website chronicles his entire career not just with AC/DC but also with Valentines, Spektors and Fraternity. It also offers merchandise, and allows fans to share their stories about the late rock legend. Plus, there are tributes from fellow rockers like Steve Perry and Judas Priest’s Rob Halford.

“I had heard about AC/DC but never seen them live,” Perry recalled. “When I walked in I heard this massive pumping drum, bass, and rhythm guitar groove with an amazing lead guitar and a voice soaring above it all like no other.”

“I walked over to stage left to see what the heck was happening and there he was, Bon Scott with a bottle of Jack, no shirt, Levis, and cowboy boots, singing like a cross between Steve Marriott and a cat,” he added. “His voice was so fucking powerful that he changed me forever. He lived what he was.”