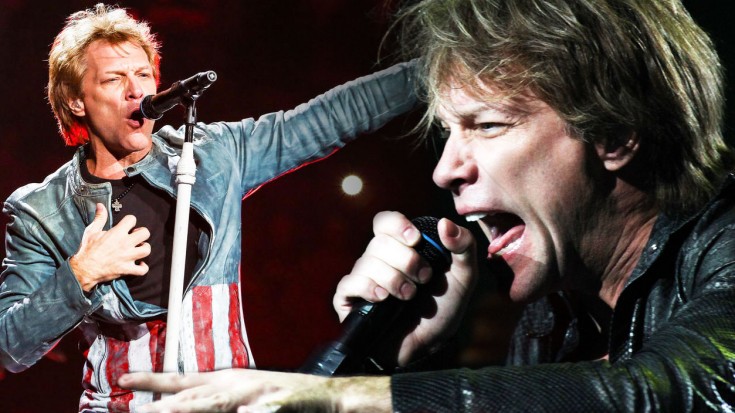 Bon Jovi performed an incredibly intimate rendition of ‘Livin’ On A Prayer’ in 2004, featuring only Richie Sambora on guitar and Jon Bon Jovi on vocals. I was completely blown away! They managed to take one of the best arena anthems written and translate it to something intimate and intense.

The young couple in ‘Livin’ On A Prayer’ are mentioned again in a later Bon Jovi song, ‘It’s My Life’: “This is for the ones who stood their ground, for Tommy and Gina who never backed down.”

What I really love about this acoustic rendition of ‘Livin’ On A Prayer’ is the fact that because it reminds me of all of those times when life gets rough all you really have is a prayer.

This performance is just that – a prayer for those who know that tomorrow will be better, but they don’t quite know just how to get to tomorrow.

Absolutely powerful. You HAVE to see this – you won’t be disappointed by this performance, I guarantee you. It’s a performance that resonates with everyone, and that’ll touch something deep inside of you that remembers being like Tommy and Gina.