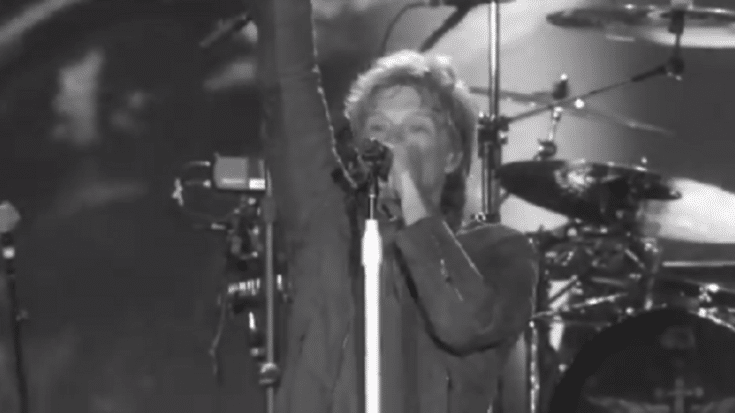 Bon Jovi has announced their 2021 concert series Encore Drive-In Nights. Kicking off on May 22, 2021, the concert will be broadcast at more than 300 drive-ins and outdoor movie theaters throughout the United States, Canada, and Ireland. Plus, the exclusive performance will also air at select cinemas worldwide.

This follows the Encore Drive-In Night’s 2020 series which featured shows by Garth Brooks, Metallica, Blake Shelton, Gwen Stefani, and Kane Brown. The performances drew in almost a million fans especially as they’re a relatively safe alternative to live music especially in light of the continuing pandemic.

Encore Drive-In Nights CEO Walter Kinzie said in a statement, “Bon Jovi is a global icon and we’re so happy that the band will be launching our 2021 concert season!”

“The pandemic has taught us that there are new avenues for live entertainment and this model is one of the safest and most innovative options for world-class, fun events for the whole family,” he continued. “There are millions of fans who don’t usually attend live shows, whether it’s because they live far away from the big touring arenas or because of the cost.”

He added, “Artists can now connect with these fans in a completely new way.”

Airing at drive-in theaters & cinemas near you.

Presale for The JBJ Experience members is Wednesday 4/28.