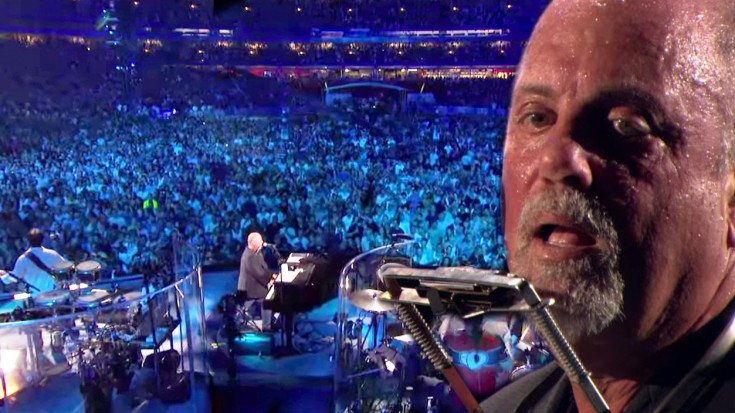 Billy Joel Is The Piano Man

This was his first major hit way back in November 1973 and to this day it is still seen as his signature song, but amazingly it only peaked in the Billboard Hoot 100 Charts at number 25.
Billy Joel’s “Cold Spring Harbor” album released by Family Records in 1971 was a complete flop at a loss and probably a little disillusioned with the music industry Joel took a job there as a piano playing lounge singer.
Interestingly he choose not to play under his own name and called himself Bill Martin which was a play on his own first name and middle name.

What most fans of Billy Joel and “Piano Man” don’t realize is the song was written as a nod to a 6 month stint he had at a bar in Los Angeles”the Executive Room” and each verse relates to a real life character he meet in the bar.
“John-at-the-bar” was a reflection on the real life barman who worked shifts in the bar and was the verse he refers to as a limerick.

“Paul-is-a-real-estate-novelist” he was a regular at the bar who believed he would be the next great American novelist.

“The-waitress-is-practicing politics” relates to the women he meet while working there and went on to be his first wife Elizabeth Weber.

Surprisingly, Joel does rate the song as being a master piece are a testament to his skills as a song writer. He has been quoted as saying he has no idea why Piano Man was so popular “Its like a karaoke song with a bad melody, its repetitious and the lyrics sound like limericks”.

He then softened the blow by saying “My songs are like my kids and to this day I look at that song and say “My kid done good”.
Piano Man was to deal Joel a heavy blow, after breaking his record deal with Family he was forced to pay the royalties on Piano Man to them as he hadn’t read the contract properly, he had in fact signed “for Life” to them. It took Columbia Records years of litigation to get the deal broke.

Still it helped set the stage for his rise to fame, and it is a testament to his skill and writing talent that 42 years later “Piano Man” is still being played as an encore to many of his live shows and has helped earn him a place as a musical icon.