Billy Hinsche of Dino, Desi and Billy Passed Away At 70 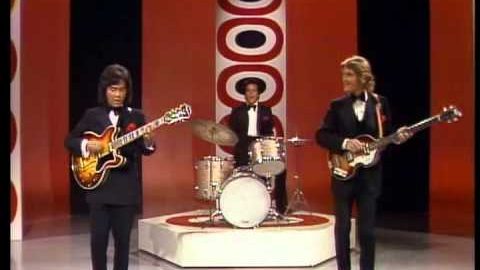 Billy Hinsche, a multi-instrumentalist and vocalist who’s best known for being a member of ’60s pop-rock trio Dino, Desi and Billy, passed away at the age of 70 following a short battle with lung cancer.

ExtraTV.com reported that he died on the same day as his 96-year-old mother. The news was shared by actress Lucie Arnaz.

“One of the finest humans, friends, storytellers and musicians, on the entire planet just went home to rest,” she wrote on social media post. “We were like brother and sister.”

In addition to playing with Dino Martin Jr. and Desi Arnaz Jr., Hinsche also recorded and toured with The Beach Boys for decades. He was born on June 29, 1951, in Manila, Philippines, and moved with his family to Beverly Hills, California where he met Dino and Desi. Dino, Desi & Billy opened for The Beach Boys, Paul Revere & The Raiders, and other musicians.

“We lost a great friend, family member, and forever member of The Beach Boys band on Saturday. We’ll miss him greatly,” Beach Boys co-founding member Mike Love tweeted. “All of us who had the pleasure of knowing him will miss his jovial nature and immense talent and sense of humor. RIP Friend. We Love You Always.”