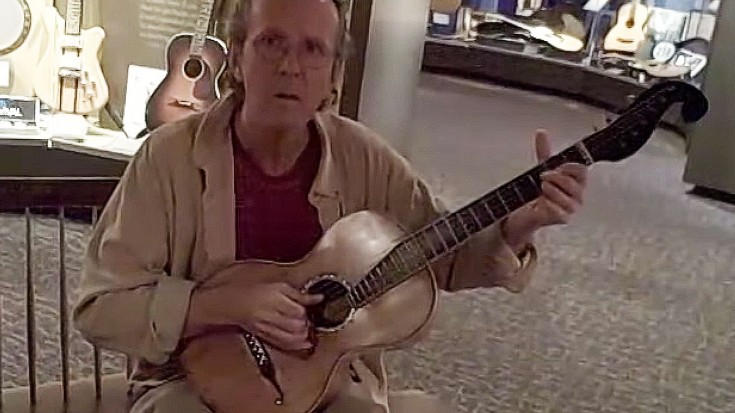 Not Your Everyday, Ordinary Guitar!

It’s not every day that guitar fans get to pick up a guitar and know that they’re holding a priceless piece of history – it’s one thing to hold a guitar that belonged to the likes of Jimi Hendrix or Duane Allman, but for guitar aficionado Stevie Coyle, it’s another thing entirely to get your hands on something created two centuries ago!

Thanks to Martin Guitar employee Dick Boak, in 2010 Stevie got the chance to hold and play the oldest Martin acoustic guitar in existence.

Fun Fact: The oldest guitar in the world was made in Portugal by luthier Belchior Diaz around 1590, making it over 400 years old.

Made in 1834 – just one year after the company was founded by C.F. Martin – it’s a smaller bodied acoustic and as you can hear from Stevie’s gentle rendition of The Beatles’ “While My Guitar Gently Weeps,” it sounds absolutely beautiful. The importance of the moment isn’t lost on Stevie Coyle as evidenced by the look of pure wonder on his face as he strums strings made even before the birth of both the ragtime and rock and roll he’s running through. Suddenly, my guitar collection is looking a little boring!