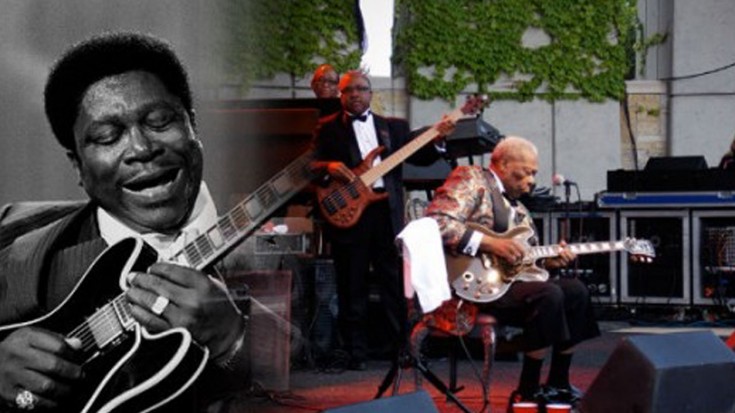 THE King Is The Very Definition Of Blues!

If I hear the word “blues,” B.B. King immediately comes to mind. He plays and sings the blues like no other and he adds his own flavor to every song he makes. When the slow twelve-bar blues track, “Three O’ Clock Blues” was released, it was a massive success and even became “one of the top-selling R&B records of 1952.” It has been included in several of his albums and almost always a part of his live performances or concert repertoire.

That song became the turning point of his career and it’s what propelled him to the top. He started giving more performances and in big theaters at that. It was his chance to showcase his talent in front of a national audience. From the Howard Theater to the Apollo, this first Billboard hit gave him the attention he truly deserved.

The song “clicked where the others hadn’t [perhaps due to] the new found drama and urgency in B.B.’s singing [and] the interplay between his voice and guitar, heard for the first time on record”. The mingling of these two elements was brought to the forefront by the distant, subdued sound of the accompanying musicians.

Compared to the original version, B.B. King’s cover was notably slower and he had a full backing arrangement. Another unique feature of his own version was the use of a vocal technique called, “melisma.”