B.B. King – “There Must Be A Better World Somewhere” Live 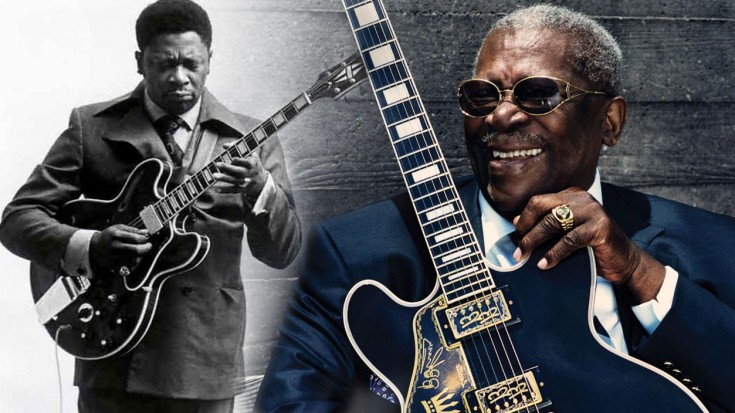 He’s Not Just A Bluesman, He Is THE KING!

“There Must Be a Better World Somewhere” is a track from B.B. King’s twenty seventh studio album of the same title. Released in January 1981, containing five other hit tracks.

A year after its release, it was given a Grammy Award for Best Ethnic or Traditional Recording. Along with “The Victim“, “There Must Be A Better World Somewhere” was among the album’s most successful songs. I especially love how it begins with King’s powerful and soulful voice filling the air.

Universally hailed as the reigning king of the blues, the legendary B.B. King is without a doubt the single most important electric guitarist of the last half century. His bent notes and staccato picking style have influenced legions of contemporary bluesmen, while his gritty and confident voice — capable of wringing every nuance from any lyric — provides a worthy match for his passionate playing.

Known for releasing one classic hit after another, it’s no wonder this track became another massive success. And though it sounds great on record, nothing beats listening to him perform live.

+There Must Be A Better World Somewhere lyrics below+

Sometimes I wonder
Just what am I fighting for?
I win some battles
But I always lose the war
I keep right on stumblin’
In this no-man’s land out here

But I know
Mmmmm yes, I know
There must be a better world somewhere

But I know
Ohh yes, I know
There has just got to be a better world somewhere

Every woman I want
Only wants herself
Everybody I love
Seems to love somebody else
And every woman
Got a license to break my heart
And every love, oh it’s over
Over before it gets a chance to start