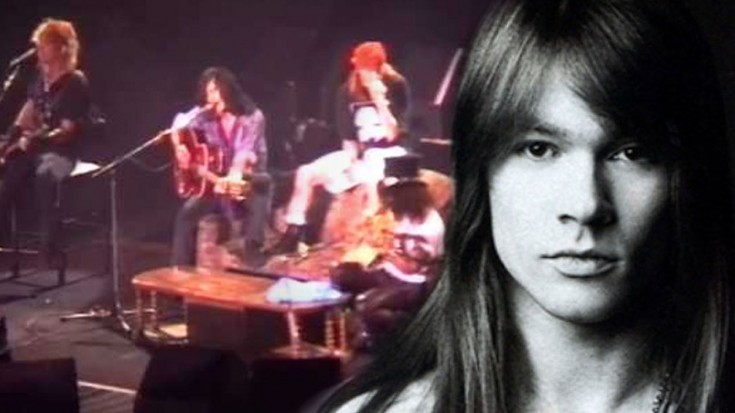 Take Us Down Axl

In this rare footage of Guns N’ Roses performing and covering “Dead Flowers” during their 1993 Tour in Argentina, they really mix it up with this Rolling Stones original.

When Jagger performed this song originally it had quite a twang that closely resembled a country tone and it was a slower paced song than what Axl Rose chose to do with it.

The lyrics however seem to symbolize and capture the genre that the band fell under as hard rock at the time, with timeless hits like “Sweet Child O’Mine“,  “Paradise City” and “Welcome to the Jungle.”

“And I won’t forget to put roses on your grave.”

As the band decorates a worn, comfortable couch on stage this night, it almost seems as though Axl, Gilby Clarke and Slash are inviting us into their living room for just a simple listen.