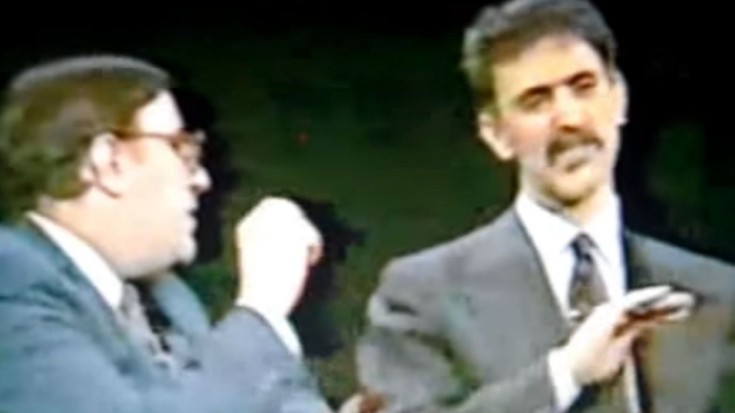 Let’s All Take A Moment To Admire Frank Zappa

John Lofton, an uptight conservative political commentator, thought he had his claws on Frank Zappa’s throat but Zappa was having none of it. With all his cool and calm demeanor, he responded to Lofton’s verbal attacks in a very EPIC manner. The way they interviewed him was so annoying and we can’t help but be amazed at how Zappa handled it. He kept getting interrupted as he tried to answer the questions and boy, for a moment there, we were kinda scared what could happen next. He clearly had more intelligence and class than the rest of those guys combined.

We terribly miss Zappa’s brilliance, logic and of course his tremendous amount of talent. No one compares! Atta boy, Frank. Atta boy! You were one refreshing change. Gotta love him and how he dealt with Lofton.  And the best part is, Zappa said his response in an absolutely cool way — straight outta his mind. 🙂