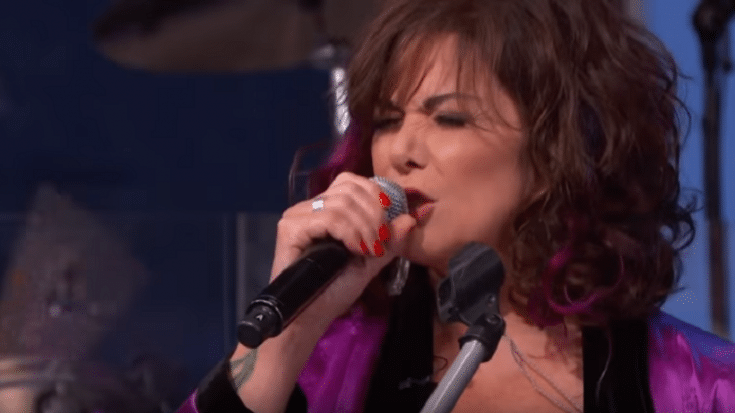 Ann Wilson‘s new single “Missionary Man,” a Eurythmics’ 1986 hit, is now streaming. The song will be included on her upcoming album, Fierce Bliss to be released on April 29 via Silver Lining Music.

In a press release, Wilson shared:

“At Sound Stage in Nashville, Kenny Wayne Shepherd came in and played on a couple songs. He was a whole other influence coming in. He just played his butt off, and with the gospel singers and everything else coming together, the whole project just started to grow.”

“I’d known Warren Haynes from Gov’t Mule for a while. We’d written a couple songs together with Gov’t Mule playing, and those rounded out the record. So all of a sudden, where there was no record before, suddenly I had eleven cool songs that I really liked.”

The album has 11 tracks ranging from Wilson’s own co-penned originals to her collaborations and covers of classics, such as Queen’s “Love of My Life,” Robin Trower’s “Bridge of Sighs,” and Jeff Buckley’s “Forget Her.”

The album artwork is created by artist Roger Dean, who aside from his work in fantasy art is also renowned for his YES sleeve artwork.