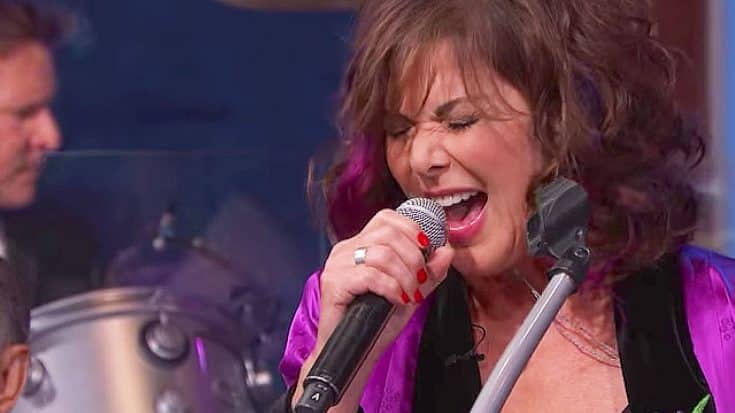 The death of Chris Cornell brought together every part of the rock world, every one of its giants coming forth with a story about how the late Soundgarden singer affected their lives and careers or offering up a musical tribute to his legacy. His fellow Seattle rock legends Ann and Nancy Wilson, still feuding over the physical abuse leveled at Nancy’s sons by Ann’s husband, emerged from their respective corners to issue separate yet strikingly similar statements about the loss of one of rock’s best and brightest, with Ann making a special appearance on Jimmy Kimmel Live earlier this week to perform a cover of Soundgarden’s 1994 megahit “Black Hole Sun” in Cornell’s honor.

Fun Fact: Boasting a dramatic soprano vocal range, Wilson is regarded as one of the best female vocalists in rock music history and was listed as one of the “Top Heavy Metal Vocalists of All Time” by Hit Parader magazine in 2006.

We’ve known for decades that when it comes to Ann Wilson and that powerhouse voice, there’s nothing she can’t sing; whether it’s Led Zeppelin, Jimi Hendrix or one of Chris Cornell’s most fondly remembered works, Ann’s got a voice for the ages and this performance proves it beyond the shadow of a doubt.

Performing with Kimmel’s house band, Cleto and the Cletones, Wilson’s impossibly smooth take on “Black Hole Sun” manages to encompass everything we’ve ever loved about Ann, Chris, and the legion of talented singer-songwriters to come out of Seattle’s music scene – equal parts grunge and soul, it’s a both a fitting eulogy to a man who left us all too soon and a show of gratitude to the universe that let us walk with him for as long as it did.

Check out Ann’s stellar cover of “Black Hole Sun” in the video below and as always, enjoy!