All Of Frank Zappa’s Work Sold To Universal Music 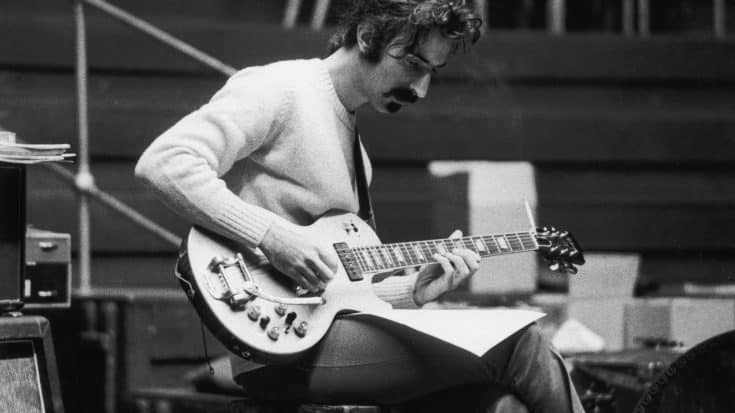 6th June 1969: Frank Zappa (1940 - 1993), lead singer with the Mothers of Invention, rehearsing for a concert at the Royal Albert Hall during his European tour. (Photo by Ron Case/Keystone/Getty Images)

Frank Zappa‘s estate was recently purchased by the Universal Music Group, which was formerly managed by his children.

The rights agreement contains all of Zappa’s recordings, publishing catalog of further than 60 albums, film archive, and the Vault housing all of his life’s work, along with his name and likeness. It occurred ten years after Universal and the Zappa Trust partnered. Throughout that time, they oversaw works such as the recent extended edition of 200 Motels and the 2020 documentary Zappa.

At 52 years old, Zappa passed away in 1993 after battling cancer. His children Moon, Dweezil, Ahmet, and Diva found themselves at odds over his rights after the passing of their mother Gail in 2015.

Zappa Plays Zappa, Dweezil’s tribute to his father was indeed the root cause of the problem. He was compelled to rename the tour, which he eventually dubbed Dweezil Zappa Plays Whatever the [email protected]%k He Wants – The Cease and Desist Tour, changed to Dweezil Zappa Plays Frank Zappa. In 2018, the siblings declared their reconciliation in public.

“It has been a privilege to work with the Zappa family to release Frank Zappa’s music around the world, grow his audience and protect his legacy for the past decade.

“Zappa was a pioneering, visionary artist who created an incredible body of work, and we are incredibly proud that Gail, and now his children, have entrusted us with his important legacy.”

Resnikoff has promised to “continue to develop innovative ways to celebrate his vast and influential catalog for both longtime fans and those just discovering his genius. As a prolific artist well ahead of his time, Frank Zappa was constantly creating and recording and he left behind a treasure trove of extraordinary still-unreleased music and video in his Vault that will help us usher in the next era of Frank Zappa fans.”