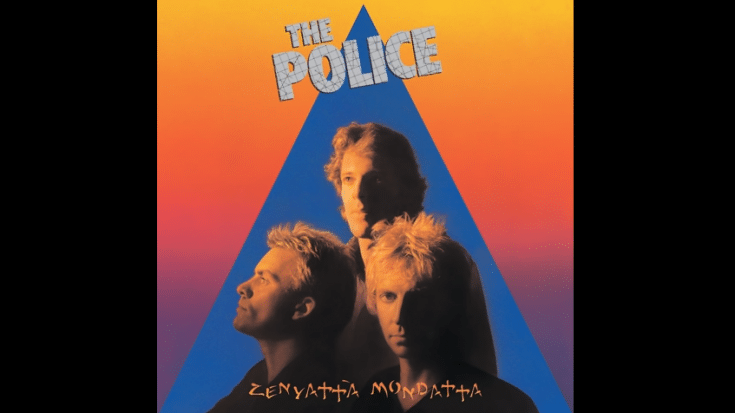 The Police released their third studio album “Zenyatta Mondatta” on October 3, 1980. It was a massive hit – topping the UK Chart and peaking at #5 on the US Billboard 200. Building up on the success of their first two records, the pressure was on to deliver something that wouldn’t pale in comparison to its predecessors. They wanted to expand their sound and their recording sessions were tense and full of conflict especially when Sting wanted control over the material that would make the cut.

Though they had creative differences, they were all in agreement that they shouldn’t churn out anything less than perfect. And the result is “Zenyatta Mondatta” which boasted of variety and depth. It’s consistent and cohesive. It wasn’t overly ambitious and has enough sense of humor to keep things light and fun. The musicianship and songwriting are also commendable. Andy Summers’ guitar work and Stewart Copeland’s drumming made the album so much more exciting.

Overall, “Zenyatta Mondatta” is well-crafted and showed the band in top form.

Highlights: Don’t Stand So Close to Me, Driven to Tears, and De Do Do Do, De Da Da Da.

Don’t Stand So Close to Me

Funky and haunting, it’s a fan favorite. The lyrics are about a female student who develops feelings for her teacher and vice versa. And it references Vladimir Nabokov’s novel Lolita.

Sting wanted to make a point about simple songs which is why this number seems gibberish and nonsensical. Nevertheless, it’s Andy Summers who shined in this song.