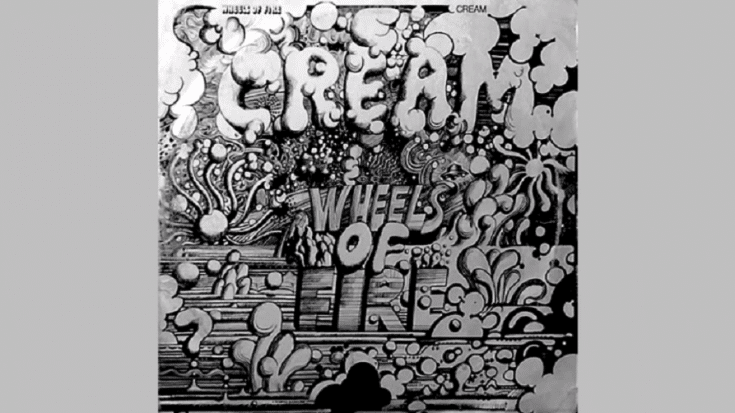 Even with a short career as a supergroup, Cream churned out music that would become benchmarks for several other musicians to follow. With one disc recorded live and the other recorded in the studio, Wheels of Fire offers the best of both worlds. It plays on their strengths – a showcase of their virtuosity and musical genius. It’s not flawless, not by a long shot. The half-and-half format also had its downside – the live cuts aren’t as explosive and magical as we hoped. It did capture their boundless energy and it was a clear demonstration of the members’ mastery of their instruments but it wasn’t their absolute best performance. There were better versions, for sure.

Nevertheless, the album is highly ambitious and in more ways than one, it delivered the goods. It’s chaotic but in a good way. Also, Wheels of Fire highlights one of their faults as a band – the constant power struggle which often happens when you have three members who are the best at what they do and with equally massive egos at that.

White Room features the band at the height of their creative powers. It’s not just one of the best songs in the album but in Cream’s entire catalog. Jack Bruce, Eric Clapton, and Ginger Baker stepped up to the plate and went all-out. Sitting on Top of the World is slow and heavy – Clapton also shined with his guitar playing. Passing the Time offers a pleasant surprise in the middle. As You Said is rather wistful and a bit out of place in the album but still lovely and unforgettable.

Pressed Rat and Warthog is quite a disappointment but that’s not to say it’s awful. The reason is that in the company of their other magnificent songs, it comes up short. Politician is a swampy blues number complete with their trademark Cream feel. Those Were the Days is a groovy rocker and undeniably one of our favorites. Born Under a Bad Sign is beautifully executed. There’s nothing explosive or exciting about it but it’s enjoyable to listen to. Deserted Cities of the Heart has enough edge and attitude to remind listeners why Cream stood out among their contemporaries. It’s hard rocking and heavy-hitting – they couldn’t have picked a better closing track for the studio half.

The four live tracks are on disc two. Clocking in at over forty minutes, it’s lengthy but that’s what often happens in a live setting. Clapton confirmed his status as a guitar deity with Crossroads as he delivered one of his finest performances. Spoonful, despite going over 16 minutes, is stunning and captivating. There no boring or dull moment. The three band members are clearly trying to upstage each other and how they accomplished that while still sounding tight and cohesive is a mystery to us. For Traintime, the spotlight is on Bruce and his harmonica solo. Baker’s extended drum solo in Toad is highly entertaining even if others say it’s way too long. Baker raised the bar in drumming with that piece.

Wheels of Fire is testament to Cream’s musical brilliance. It has its share of flaws but it remains an essential rock album. It’s the culmination of Cream’s strengths individually and as a group.