Album Review: ” Revolver” By The Beatles 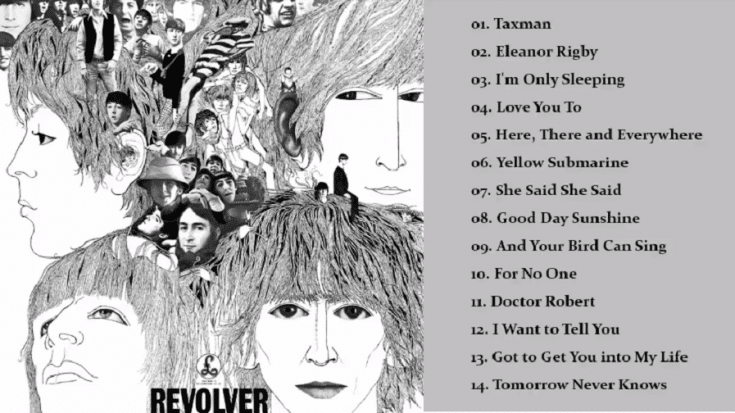 A New Stratosphere of Genius

On August 5, 1966, The Beatles released their seventh studio album Revolver and the world was never the same. Although it’s still debatable whether this is their absolute best work or not, it’s clear from the get-go that this was a band at the height of their creative powers. And they fully embraced the use of studio technology available to them.

Several musicians aimed to churn out an album of this calibre but very few succeeded. Every single member of The Beatles had their shining moment and it’s simply brilliant from beginning to end – no fillers in between, just one musical masterpiece after another.

Paul McCartney and John Lennon proved their maturity and growth as songwriters by writing instant classics that stood the test of time. As far as stellar song goes, they both delivered and created some of the most memorable and enduring tunes in The Beatles’ catalog. George Harrison also came through and stepped out of the Lennon-McCartney shadow by penning gems like Taxman, Love You To, and I Want to Tell You. Ringo Starr, for all the jokes telling him he just got lucky, proved he deserved his spot in the band when he took on the iconic Yellow Submarine.

Understandably, the songs were difficult to replicate in a live set-up but even that doesn’t diminish its greatness. A few weeks before they began recording, Lennon declared that “Literally anything [could come out of the next recording sessions]. Electronic music, jokes … one thing’s for sure – the next LP is going to be very different.” And that’s what they did.

They broke the rules, they explored uncharted waters, and basically did everything that has never been done before – lyrically and musically. It was a bold and ambitious move – one of the greatest leaps in rock ‘n roll history. From menacing rock numbers to trippy sounds, it has everything for everyone. The sheer diversity is impressive. They broke new grounds with Revolver – it’s experimental and adventurous but not over-the-top.

Overall, the album is a solid and consistent record. And even over half a century later, few deserve to be mentioned in the same breath as Revolver.