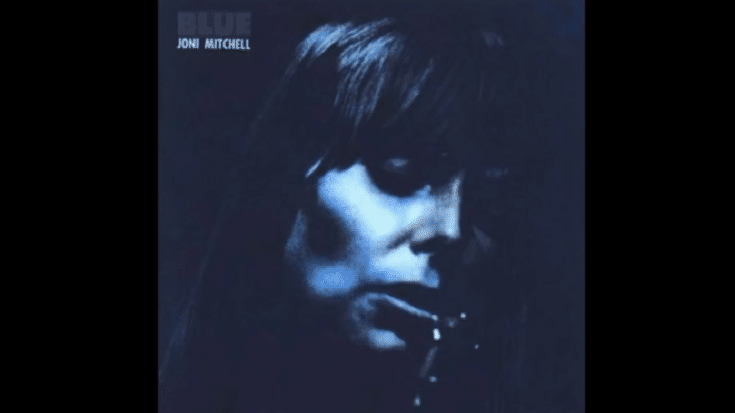 She Bared Her Soul With This LP

We normally try not to gush about any particular record but with Joni Mitchell’s “Blue”, it’s hard not to. Her songs hit raw nerves – she explores themes of love and loss. As a singer-songwriter, she is in top form. From the words to her delivery – it’s poignant but beautiful and powerful. The sheer passion, sadness, and brilliance – Blue is nothing short of magical.

The LP is the apotheosis of Mitchell’s genius. In between depressing tracks, she managed to squeeze in something hopeful and optimistic. There were dozens of excellent albums released in the ’70s but nothing ever matched this one. The arrangements, lyrics, and vocal performance – everything here is flawless. It’s a musical journey from beginning to end.

It opens with All I Want – an acoustic number that showcased Mitchell’s ethereal voice. My Old Man is another impeccable track but something that’ll take you on an emotional rollercoaster ride. Little Green is the most personal song for Mitchell because she wrote it after giving her daughter up for adoption as she was a struggling musician at the time and barely had anything. Carey is a little on the brighter side. Side one closes with the title track – words cannot describe just how stellar it is.

California is about love and longing. She sings about regret on This Flight Tonight. River is so full of yearning, it will crush your soul. A Case of You is another moving track that just gets to you. The Last Time I Saw Richard is possibly about her brief marriage with her first husband Chuck Mitchell.

Blue resonates well with listeners because heartache is a universal feeling – it doesn’t even have to be about lovers only. It could be for friends, and family. With the minimal use of instruments, her stunning voice just soars. Blue remains unmatched in terms of songwriting, musicianship, and delivery.