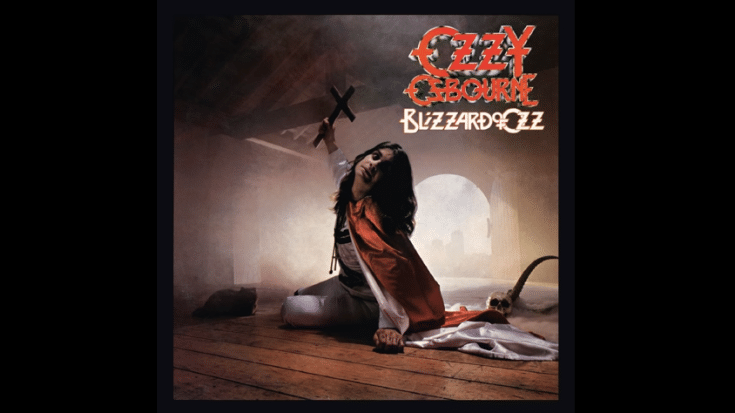 Ozzy Osbourne’s life deserves to be shown on the big screen. After being booted out of Black Sabbath, he hit rock bottom. Just when he thought it was the end for him, Sharon swooped in and helped him get back on his feet. And he made history with one of the most successful comebacks in rock ‘n roll.

A year after he was fired from Black Sabbath, Ozzy Osbourne came back strong with his solo debut album “Blizzard of Ozz.” It went on to become a landmark LP in heavy metal and it was a showcase not just for Osbourne but his guitarist Randy Rhoads as well. It became the first of two LPs that featured Rhoads before his tragic death in 1982.

“Blizzard of Ozz” is stunning and glorious. Osbourne knew what he wanted to achieve musically and he went for it. With the help of Rhoads and Bob Daisley who added depth and flavor to the songs with their virtuosity, the LP showed Osbourne’s versatility as a vocalist. It’s a diverse LP that’s a mix of metal anthems and interesting ballads. And aside from Osbourne’s excellent vocal performance, Rhoads brought so much to the table with his neo-classical guitar playing.

“Blizzard of Ozz” is raw and powerful. It wasn’t reminiscent of Osbourne’s work with Black Sabbath. On the contrary, he made his own mark with the LP.

The first single off the album, it’s mostly about the Cold War. And while the guitar parts are already difficult and challenging, Rhoads had to play every single note twice. Yes, he had to double them which is why they ended up sounding unique. From the get-go, it was clear that Rhoads was unlike any other guitarist.

Fiery and blistering, it packs a lot of punch. Because of the title and lyrics, it became controversial especially a few years later when parents of a teenager who committed suicide filed charges against Osbourne and CBS Records. But the song is actually about the dangers of indulging in alcohol. Osbourne himself admitted he was thinking about AC/DC’s Bon Scott and his alcohol-related death when he wrote this.

Dark, eerie, haunting, and menacing – it’s a showcase for Randy Rhoads’ mad axeslinging skills. He was a genius and it reflected on his works with Ozzy Osbourne even if only for a short period of time. He was gone too soon but he remains as one of the most influential metal guitarists to ever walk the earth.