Album Review: “All Things Must Pass” by George Harrison 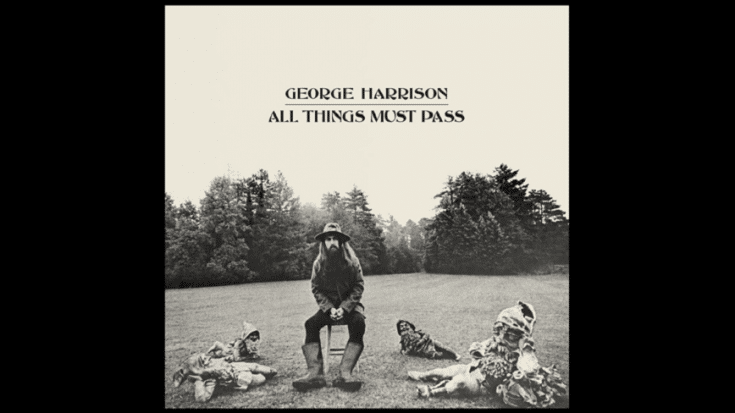 Perhaps the one who greatly benefited from The Beatles’ breakup was George Harrison. Released on the same year as their split, his debut solo LP is a treasure trove of musical gems. While with the band, it took him a while to come into his own as a songwriter and step out of the shadow of the Lennon-McCartney songwriting partnership. But as he became finally free of the creative constraints, Harrison released what would become the best solo work from any of The Fab Four.

He had a backlog of compositions which were unused during his time with The Beatles. And so it comes as no surprise that “All Things Must Pass” became the closest thing to a perfect record. The original vinyl release didn’t include the Apple Jam and honestly, that part is dispensable. So we’ll forego those informal jams and instead focus on the epic tracks – most of which were rejected by John Lennon and Paul McCartney for being not good enough for them. It filled Harrison with so much frustration that his works were often dismissed but at the end of the day, he had several stunning compositions that have stood the test of time and earned him a spot as one of the greatest songwriters of all time.

More than the catchy and accessible songs, even the deep cuts on “All Things Must Pass” are still stellar. There may be tracks on the weaker side but even those are still superb, just overshadowed by other more excellent pieces.

“All Things Must Pass” is George Harrison’s magnum opus. His genius shone through when he was given the freedom to put out his own songs. Almost five decades after its release, it remains untouchable and the songs still hold up well. Overall, the LP is catchy and enjoyable but more importantly, it’s beautiful from beginning to end.