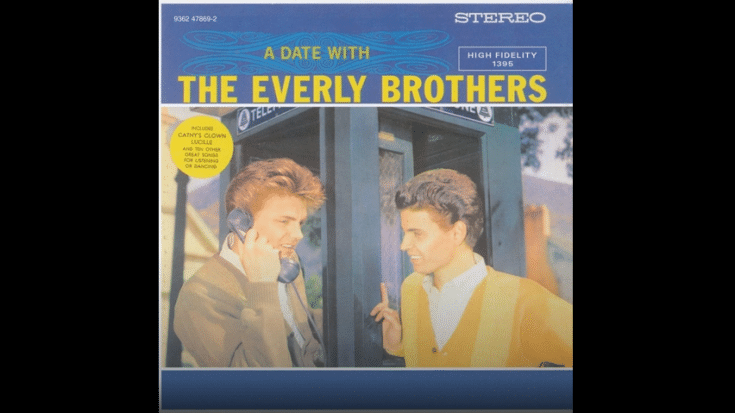 via The Everly Brothers - Topic/YouTube

The Everly Brothers released their fourth studio album on October 1960. Titled “A Date with the Everly Brothers”, the rock and roll duo recorded most of the songs in just four sessions. They kicked off the decade with this record and basically influenced countless musicians who would go on to dominate the ’60s including The Beatles.

At this point in their career, The Everly Brothers already established themselves as musical geniuses. With a string of hits, they became household names.

“A Date with the Everly Brothers” follows the same tried-and-tested formula of its predecessors. They did touch on some rock ‘n roll but there’s nothing edgy or spectacular about it. It’s lovely and does have its moments but it wasn’t their most imaginative and creative moment as musicians. Still, it’s a beautiful album filled with gems especially with their immaculate and almost-otherworldly harmonies.

Overall, the album is sweet and innocent but a bit too much of both too. There are throwaways and forgettable tracks and most of the songs didn’t age well. They could have injected a bit of attitude, edge, and intensity but even so, it’s still an essential Everly Brothers LP.

Key tracks: Made to Love, Love Hurts, and Cathy’s Clown.

It sounds a bit dated but it’s catchy and cheerful.

This experienced a surge in popularity when Nazareth’s version became a hit.

The Beatles took inspiration from its vocal arrangement for their debut single “Please Please Me”.