Jim Croce’s Only Child Is All Grown Up, And We Love The Way He’s Preserving His Old Man’s Legacy 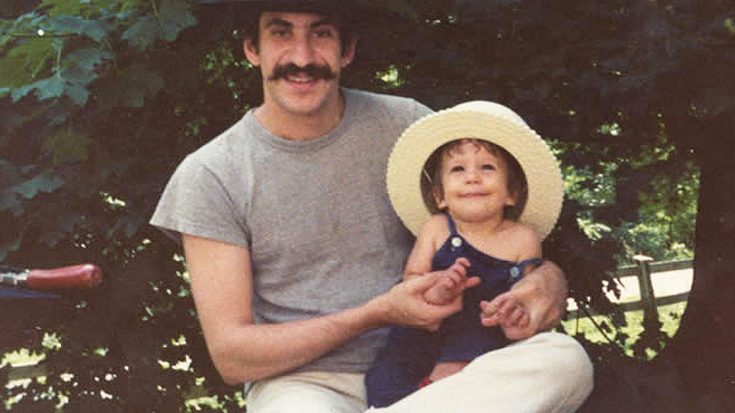 At 45, Adrian “AJ” Croce is the spitting image of his late father, renowned singer-songwriter Jim Croce; from the handsome face and unruly curly black hair to that characteristic soft voice, it’s easy to mistake AJ for his father if you’re not careful. Music is in AJ’s blood, carrying with it the legacy of a man he never really knew outside of photographs, stories, a few scattered memories and of course, the music Jim left behind.

This week AJ paid tribute to his father’s legacy on what would have been the legend’s 74th birthday with an intimate living room performance of Croce’s own “These Dreams,” using the very 1933 Gibson L-0 Jim used to write the song and his first two albums, Facets and Jim & Ingrid Croce. Sure, he could have played the song on any old acoustic guitar, but there’s something magical about using one of his father’s most prized possessions that brings both us and AJ close to a man whose brief life left an indelible mark on all he encountered.

Fun Fact: An accomplished singer and songwriter, AJ Croce’s first paying gig was at the age of 12, when he was paid $20 to perform at a Bar Mitzvah party.

What’s so fantastic about this performance is not that he’s covering one of his father’s earliest works but the fact that despite sharing so many of his father’s gifts, talents and qualities AJ is very much his own man and an accomplished musician in his own right, and he’s more than earned the respect he’s garnered over the past three decades. Check out his stunning birthday tribute to Jim in the video below!