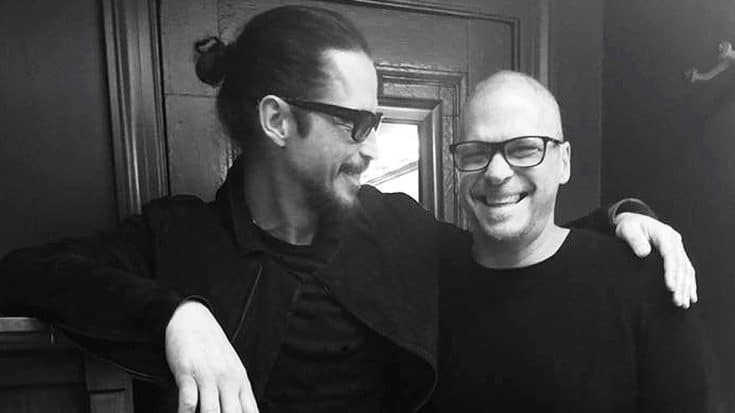 Grab a tissue for this one….

It’s been two weeks since the rock and music world lost Chris Cornell. Chris was a giant in the music industry with an amazing voice, and was a pioneer for grunge music in the 90’s. His death has left a major impact in the world, as people have been sharing their favorite tributes and honors to the late legend.

After taking a few weeks to grieve, Chris’ family members are starting to open up and break their silence. Recently, Chris’ brother Peter Cornell shared a heartfelt post to his Facebook, and attached a few pictures of him and Chris throughout the years. The post reflects on their relationship, their childhood, his life and career. It’s a pretty powerful post, and you can still tell that the family is recovering from his passing.

You can reed the transcript of the post down below, as well as see the pictures he attached. We’re keeping Cornell and his family in our thoughts and prayers everyday! RIP Chris Cornell!

FRIENDS;
It’s been difficult to put words together. My heart is broken. Chris was always just my brother. We just “were”. No pretense. No dog and pony show. We didn’t have to get deep all the time. Sometimes we only needed to just be in the same room and just be present. That was enough.
It wasn’t until this week, it really hit me how he belonged to the world. That he is an icon and a legend. That being said, I am so sorry to YOU for your loss. Artists, actors, musicians. We rely on these people to lift us up. To inspire us and distract us in times of trouble. Chris protected us when we needed him to. His one of a kind-ness surrounded us like a suit of armor. He was a warrior and a wizard. A howling wolf and a trusted mentor.
My brother gave freely of his gifts and it was never a struggle. He kept himself from the saturation of celebrity in such a humble way. The power and anger and passion of my brother’s music was always genuine, original and legitimate. He was the powerful, sensitive, fragile, angry, mystical creature that will exist forever in his body of work. And he did it for ALL of us. Giving it away. Leaving all on the stage or in the recordings that will keep him immortal.
I will never wrap my head around his passing. I’ve been in shock since I heard the news. I can’t and won’t let him go.
Please know, with all the humility I can muster from the depths of a pulverized heart, I THANK EACH OF YOU for your kindness and condolences. THANK YOU for finding me through YOUR tears.
Hold your brothers close.  Much Love!
PC
The first time and the last time we were together.