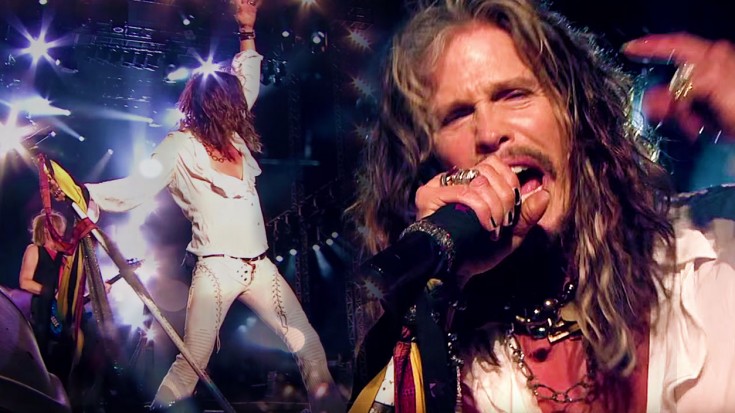 45 Years Later, They’ve Still Got It!

This year marks Aerosmith’s 45th anniversary as a band. They’ve survived drug addiction, self-destructive behaviors that tore the band apart, and their triumphant return to the top of the charts with 1987’s Permanent Vacation. In 2014, they proved that not only are they capable of withstanding anything thrown their way, but that they’re still the greatest rock band to come out of America when they appeared at the famed Donington Park in Leicestershire, UK for an explosive, career spanning show.

The gem of the night was this performance of  ‘Walk This Way’ – the first real fusion of rock and hip-hop, a tremendous crowd favorite and a concert staple for Aerosmith, showcasing frontman Steven Tyler’s gift for entertaining and captivating his audience.

Despite a 45 year career and Aerosmith’s members being well into their sixties, you’d never know it! The guys in Aerosmith move around the stage like they’re still kids in their 20’s, with Steven pulling off some of his signature dance moves as if he’d just written ‘Walk This Way’ yesterday. This performance proves beyond a shadow of a doubt that not only has Aerosmith still got it, they never lost it!