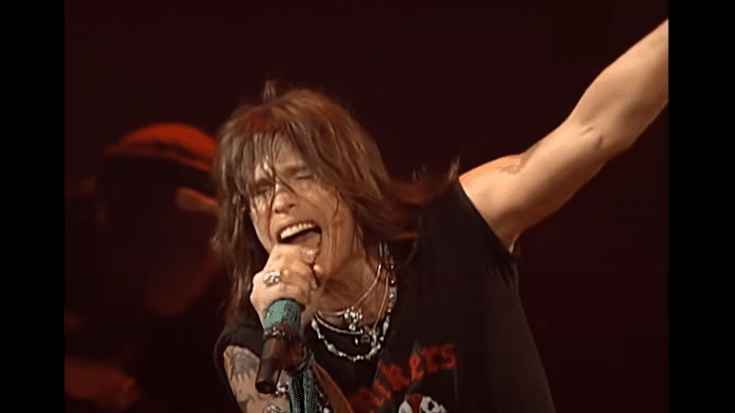 Aerosmith are currently celebrating their 50th anniversary and they have started expanding the stream of their archival video series with footage of a 2003 concert in Detroit.

The videos were filmed live at the city’s Comerica Park on September 7, 2003, when the band was on their “Rocksimus Maximus Tour.” During the concert, they rocked some of their hit classics like “Same Old Song And Dance,” “Toys In The Attic” and “Walk This Way,” as well as “Jaded,” “Love In An Elevator” and “Pink.”

The video was taken from Aerosmith’s legendary archive for the very first time and was remastered in HD from the original master tapes. Started on August 19, the unreleased Detroit concert video is now available to stream online for one week only as the fourth episode in a five-part series.

Meanwhile, the band is scheduled to return to live action with a September 4 show in Bangor, Maine. Another homecoming event at Boston’s Fenway Park on September 8 will take place before the band resumes a Las Vegas residency.

Last July 29, they released a pair of 1977 concerts in Houston, Texas, which started becoming available to stream online and will last for one week only. Aerosmith are also set to premiere their 1989 concert from Landover on different dates. Check out the video below.