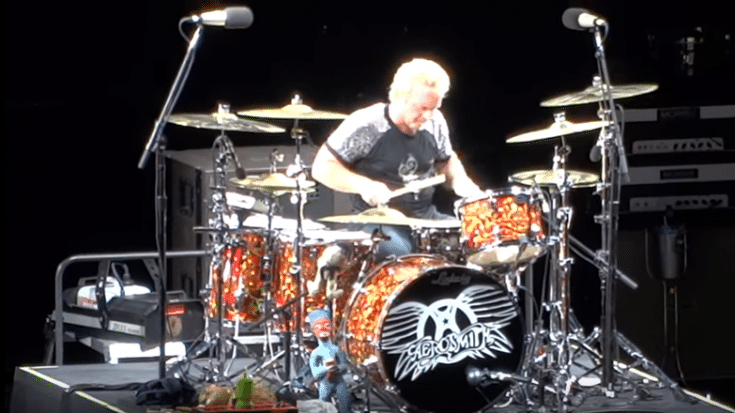 It Comes Ahead of Aerosmith’s Grammy Awards Performance

Aerosmith drummer Joey Kramer files a lawsuit against his bandmates for unfairly excluding him from performing with them. It all started back in April when Kramer suffered from a shoulder injury which caused him to miss several dates for the band’s Deuces are Wild residency. At the time, his drum tech John Douglas stepped in and took his place.

When he was ready to perform again last fall, he was forced to re-audition – something that never happened to any other Aerosmith member. They asked him to drum along to a click track to prove that he could “play at an appropriate level.” Kramer also pointed out that nothing in their contract required them to “take any action to ‘prove’ or otherwise demonstrate his ability to perform after a period of temporary disability.”

He also said that on January 15, Aerosmith decided against him performing with them again because he apparently “did not have enough ‘energy’ in the recordings.”

In a statement, Kramer wrote: “This is not about money. I am being deprived of the opportunity to be recognized along with my peers, for our collective, lifetime contributions to the music industry. Neither the MusiCares’ Person of the Year Award nor the Grammys’ Lifetime Achievement honors can ever be repeated.

The fact that I would be asked to audition for my own job, demonstrate that I can play at ‘an appropriate level’ and play better than my temporary fill-in with a moving target of made-up standards is both insulting and upsetting. Other band members and their lawyers will likely attempt to disparage my playing and claim that I am unable to play the drums right now. Nothing could be further from the truth. I did everything they asked – jumped through hoops and made both a recording of playing along solo to a recent live recording of the band – one I had never heard before, and that process was videotaped. But I did it, and I did it well. In Aerosmith’s 50-year history, no other band member has ever been subjected to this scrutiny, let alone be asked to audition for his own job!”

Aerosmith is set to perform at this year’s Grammy Awards on January 26. On January 24, there’s a tribute show to honor the group as they’re presented with the MusiCares Person of the Year award.