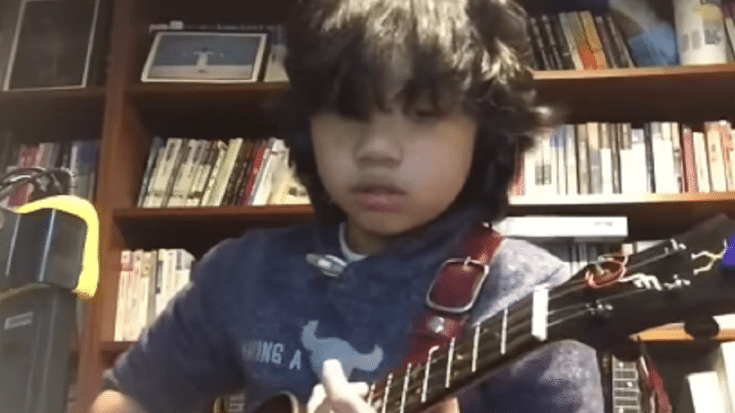 We Can Never Be Half As Good As This Kid

If there’s anything to take away from stuff like this, it’s that you don’t need much to make jaw-dropping music. More so, you can play on a ukulele and still rock like a real badass. Just check out this kid – his cover is truly one for the books. He didn’t just do justice to this Nirvana track, but he’s totally feeling the music. Did anyone tell him yet that passion never fails?

Imagine what he can do with a guitar!

Fun Fact: This kid goes by the name Feng E and he’s an 11-year old musician from Taiwan. In 2017, he joined Asia’s Got Talent and received the “golden buzzer” from the judges. He has also appeared as a guest on The Ellen DeGeneres Show.

In one of his interviews, he revealed that he started playing ukulele at the age of 5! And that pretty much answers our question as to how he can play as though music is flowing through his fingers. Not surprisingly though, this isn’t his first or only cover that has gone viral. He also covered songs by The Beatles and Michael Jackson. The kid even has his own compositions already!