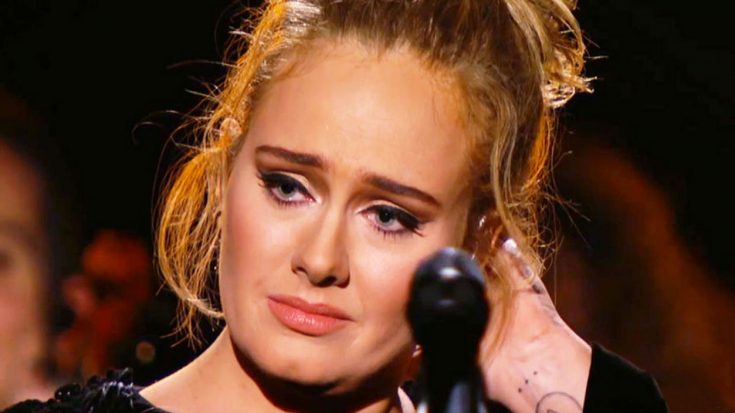 It’s every entertainer’s worst nightmare: you’re tasked with the tremendous honor of paying tribute to one of music’s most celebrated icons, you’ve picked your song out and you’ve rehearsed it ad nauseam. The big night arrives, your name is announced and you arrive at center stage for your big moment and then it happens – you mess up the tribute royally and have to ask to start over. Grammy winner Adele experienced this horror firsthand during last night’s Grammy Awards during her “Fastlove” tribute to late pop icon George Michael, who died on Christmas Day at the age of 53; she got about a minute into the 1996 classic before realizing that her slow, mournful arrangement wasn’t up to snuff and after swearing loudly requested that she be allowed to start over.

Adele’s desire to do right by George Michael’s legacy has a lot more to do with her relationship with the late singer than it does her desire to deliver a flawless performance; George’s family weren’t sure that they actually wanted a tribute to their loved one but ultimately relented on the condition that it was Adele that delivered the tribute as the pair enjoyed a friendship that dated back to a chance introduction from Elton John several years ago, both admittedly huge fans of each other’s work.

To be totally honest, it’s not a bad thing that Adele messed up “Fastlove” – in fact, it’s pretty damn cool. Why? Because it’s authentic; a lot of things go wrong when you’re singing live and where other performers would have continued on with a trainwreck of a performance on one of the biggest nights of their career, Adele caught herself delivering a performance that was less than the 1,000% best she’s capable of giving, rerouted, and proceeded to absolutely kill it in honor of her late friend and idol. We loved the final product and we know that wherever George is, he was psyched that he was loved enough to warrant that kind of dedication.