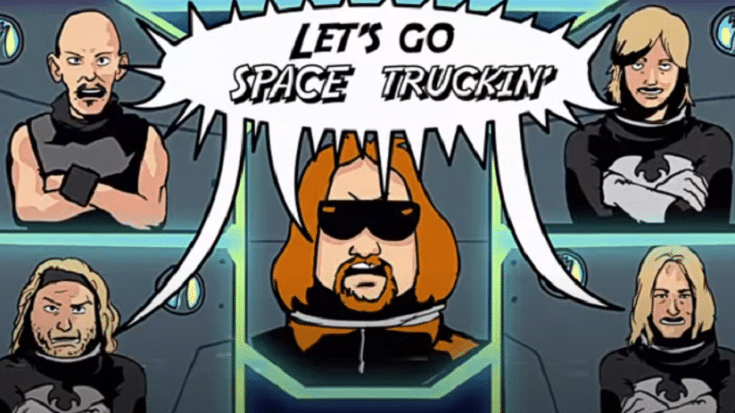 Ace Frehley teased his upcoming new album of covers “Origins Vol. 2” out on September 18 by releasing an animated video for his version of Deep Purple’s 1972 classic “Space Truckin'”. Directed by eOne’s Ken Gullic and animated by Chris Fequiere, it shows Frehley setting out on an intergalactic adventure and his rendition is pretty faithful to the original.

He said in a statement, “”Space Truckin'” was recorded years ago, and then I just re-recorded some parts and changed it a little. We never ended up putting it on a record, so it was just sitting around. It turned out very well. Rob Sabino is a very accomplished studio musician, and we actually grew up in the Bronx together, so we go way back.”