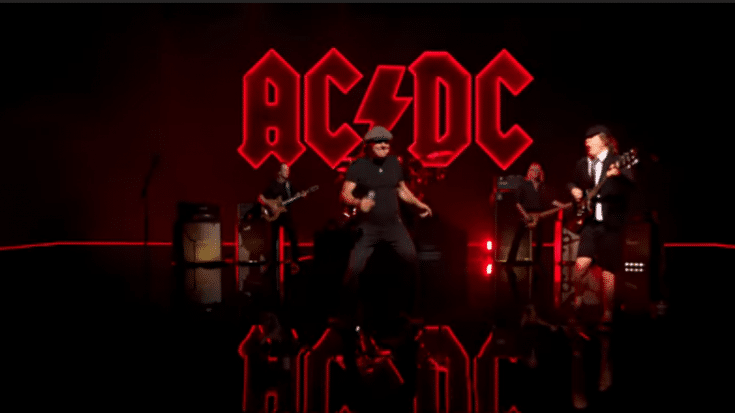 AC/DC has released the official music video for their first single in six years – “Shot in the Dark.” Directed by longtime collaborator David Mallet, photos from the clip were accidentally leaked a few weeks ago on their website. It was recorded in Amsterdam early this year. Watch it below.

The song will be featured on their highly anticipated upcoming album “Power Up”, out on November 13. It’s available in a variety of formats including a limited edition deluxe package that has an illuminated cover and plays “Shot in the Dark” out of a built-in speaker. It also has a 20 page booklet and USB charge cord.

Speaking about the song, guitarist Angus Young explained to NME: “It’s a strong single from a powerful rock album. You’ll be able to hear it and know straight away that it’s AC/DC. That’s what we’ve always strived for.”

AC/DC’s latest studio effort sees the return of frontman Brian Johnson, drummer Phil Rudd, and bassist Cliff Williams. They’ve been teasing fans for weeks leading up to its release. They launched a PWR UP website, posted clips across their social media channels, put up posters around Australia particularly in front of Angus Young’s old high school, and advertised on UK newspapers.