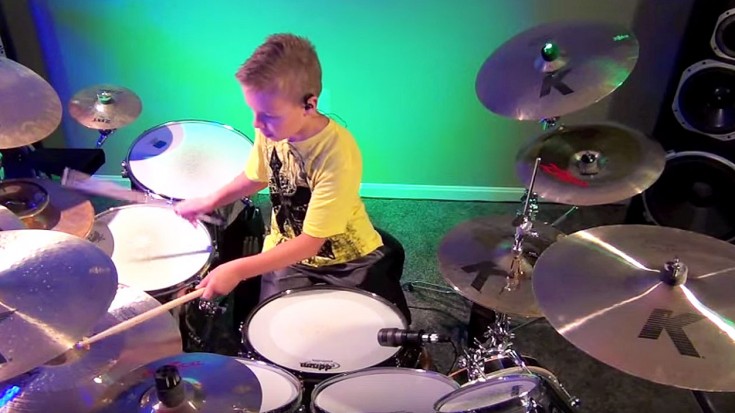 It always makes us smile when we come across awesome kids with equally awesome taste in music, and 8-year-old Avery Molek is no exception! This YouTuber is one of our favorite drummers, known for his fantastic sense of rhythm and the killer drum fills he comes up with – if you’re not blown away by what he’s capable of behind that drum kit, you’re about to be. Avery really, really loves Rush and admires their legendary drummer Neil Peart, often covering some of Rush’s biggest hits whenever he can. So far he’s covered songs like ‘Tom Sawyer’ and ‘YVZ’, but it’s this cover of ‘Spirit Of Radio’ that really gets us going!

For 8 years old, Avery is incredibly precise; he’s been drumming since he was 2 years old and according to his mom, Avery plays entirely by ear and fills in with what he’s learned from his private drum lessons.

We don’t know how he does it, but Avery absolutely nails all of Neil Peart’s drum fills, even including some of his own; at 8 years old, he’s playing material that challenges drummers twice his age with twice his experience!