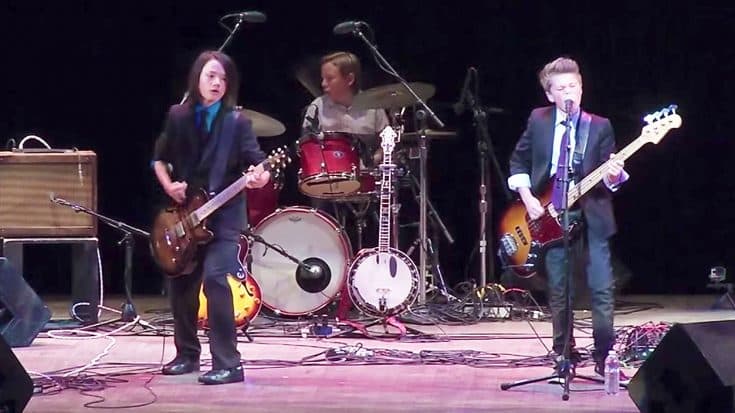 An amazing way to raise money!

A lot of people are concerned with the future of rock n’ roll. Many rock fans don’t know if the music that is being released in today’s world will inspire the next generation to pick up instruments, craft rock songs or even learn how to actually sing.

Luckily, the band WJM look like they will be carrying the rock n’ roll torch in the future for years to come. The band is made up of three 7th grade friends, William, Jeremy and Max, and they’ve been covering classic rock tunes and writing their own songs for a few years now. Recently, the band took the stage at a charity event and played an amazing cover of Led Zeppelin’s “Rock & Roll.” These kids know how to rock, and their cover is near perfect! Their timing and voices sound fantastic, and in the future, we can guarantee you will see these guys on the big stage in the future!