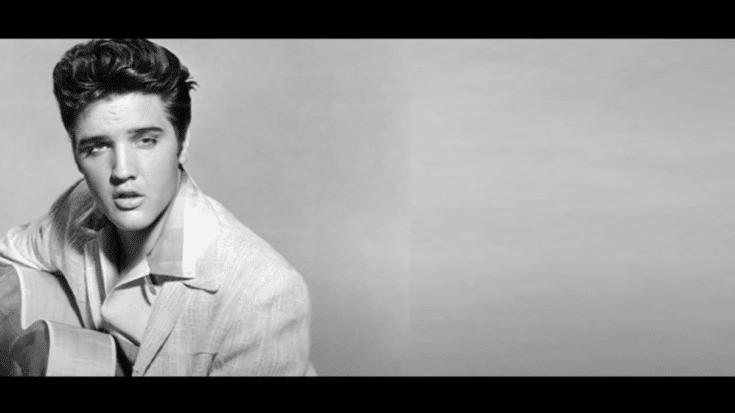 The Greatest Tracks of 1961

The 1960s kicked off with stellar releases left and right. Rock ‘n roll continued to shape and develop from the influence of the previous decade. It was rock’s second era and it didn’t disappoint. But before songs from The Beatles and Bob Dylan dominated the airwaves, these seven tracks achieved classic status. Let’s revisit them.

Originally released as B-side, The Everly Brothers eventually switched it to the A-side. Sonny Curtis wrote it while he was still in the Army and showed an unfinished version to The Everly Brothers. The duo then recorded by singing the first verse twice. ‘Walk Right Back’ topped the UK Singles chart and peaked at #7 on the US Billboard Hot 100. Curtis told Bart Herbison of Nashville Songwriters Association International, “I had the lick before I went into the army. And then that Sunday afternoon, I put a song to it … People ask me all the time, ‘What in the world are you thinking when you write a song?’ I think sometimes, when I’m done, that I probably dreamed them. I can’t really say.”

Written by Brian Wilson and Mike Love, it’s The Beach Boys’ debut single. It launched the band’s career as they pioneered what would be later known as the California sound. Brian Wilson recalled, “I began noodling around the piano singing ‘surfin’, surfin’, surfin”. It sounded stupid. But then Mike [Love] sang ‘ba-ba-dippity-dippity-ba-ba’. He was fooling around, trying to spark a new idea with the same bass sounds he’d sung countless times before. For some reason, though, this time when he sang I pounded out a few chords to accompany him and then he took up the chant I’d been singing, ‘surfin’, surfin”.”

Initially written for a woman, it was tweaked to suit Elvis Presley and featured in his 1961 film Blue Hawaii. It became one of his most popular and enduring songs, having been covered by numerous artists including reggae act UB40. It’s a fan favorite and Presley often wrapped up his concerts with this track.

Originally recorded by Percy Mayfield, it was Ray Charles who popularized the song. It even gave Charles a Grammy award for Best Rhythm and Blues Recording and he re-recorded it in the 1980s “Cross The Road Jack” for a KFC advertisement.

The title track of Roy Orbison’s third studio album, he revealed that he wrote this after encountering an ex-girlfriend whom he still had feelings for and its working title was “Once Again”. After his songwriting partner Joe Melson came up with the lyrics “Once again I’m crying, once again I’m crying,” Orbison changed the title. He told NME, “Immediately I thought of a past experience and just retold that, was the way that came about. It was the retelling of a thing with a girlfriend that I had had. I couldn’t tell you right now what notes I hit at the end of the song, or anything.”

This was originally intended for another musical group, Nino and the Ebb Tides. When they passed it up, Dion got the song as their B-side. Dion said: “At its roots, it’s more than meets the eye. “The Wanderer” is black music filtered through an Italian neighborhood that comes out with an attitude. It’s my perception of a lot of songs like “I’m A Man” by Bo Diddley or “Hoochie Coochie Man” by Muddy Waters. But you know, “The Wanderer” is really a sad song. A lot of guys don’t understand that. Bruce Springsteen was the only guy who accurately expressed what that song was about. It’s “I roam from town to town and go through life without a care, I’m as happy as a clown with my two fists of iron, but I’m going nowhere.” In the Fifties, you didn’t get that dark. It sounds like a lot of fun but it’s about going nowhere.”

Inspired by “Stand by Me Father” written by Sam Cooke and J. W. Alexander, it has been covered more than 400 times with renditions by John Lennon, Tracy Chapman, and Florence and the Machine. According to one of the songwriters Mike Stoller, “Ben E. had the beginnings of a song—both words and music. He worked on the lyrics together with Jerry, and I added elements to the music, particularly the bass line. To some degree, it’s based on a gospel song called “Lord Stand By Me”. I have a feeling that Jerry and Ben E. were inspired by it. Ben, of course, had a strong background in church music. He’s a 50% writer on the song, and Jerry and I are 25% each…. When I walked in, Jerry and Ben E. were working on the lyrics to a song.”