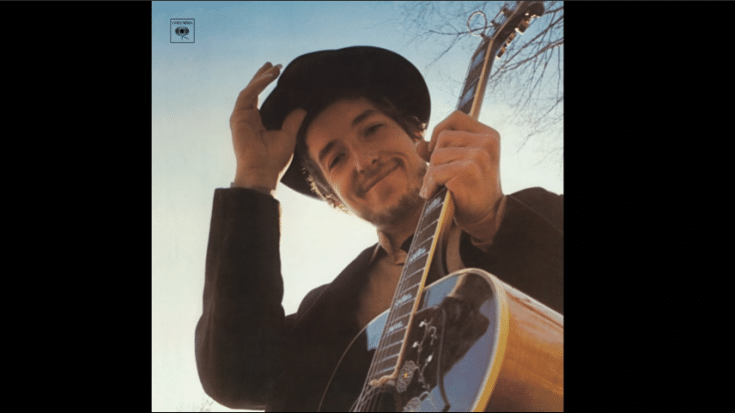 Back in 1969, there were no smartphones, social media, and more importantly, no auto-tune. Back then, the artists who thrived were those with genuine talent, those who took risks by breaking new grounds, and those who were ahead of their time. That year spawned several classic rock legends like King Crimson, Led Zeppelin, and The Allman Brothers. And how can we forget Woodstock ’69 which remains the most iconic music festival in rock history?

Now let’s revisit seven tracks which turned 50 years old in 2019. It goes without saying that they stood the test of time.

Instead of his nasal singing style from his early material, Dylan sings in a low croon which he says is because he quit smoking. It peaked at #7 on the US Billboard Hot 100 and has been covered numerous times by artists of various genres – some of the more popular ones include that by The Byrds, Cher, The Isley Brothers, The Everly Brothers, and Buddy Guy.

It’s honestly difficult to pick just one song from their stellar debut album “In the Court of the Crimson King.” The LP is magnificent from start to end. But if we had to choose only one, it would have to be “Epitaph.” It’s a masterpiece and set the benchmark for prog-rock. From the composition to the musicianship, it’s beyond awesome.

The Rolling Stones’ catalog is far from perfect. But they have several gems like this. It’s raunchy and for lack of a better term, “peak Stones.” This isn’t the only Stones track with suggestive lyrics but somehow, they often got away with it. Keith Richards once revealed that this isn’t the easiest to play. He told Rolling Stone in an interview, “When it’s right, it’s really right. There’s something about the starkness of the beginning you really have to have down, and the tempo has to be just right.”

Featured on the rock opera album Tommy, it’s an excellent display of the band’s musicianship. From the bass lines to the drumming, it’s a classic through and through. Pete Townshend said, “It’s a very plaintive piece, almost like the [20th-century U.S. composer] Samuel Barber composition ‘Adagio for Strings’—only the Purcell piece was written in 1600 or something. A single bowed note runs throughout that whole piece. I found that a stunning thing to call upon while I was in the process of writing ‘Pinball Wizard.’”

John Lennon originally wrote this to be used as a campaign song for Timothy Leary. Lennon stated, “It was a funky record – it’s one of my favorite Beatle tracks, or, one of my favourite Lennon tracks, let’s say that. It’s funky, it’s bluesy, and I’m singing it pretty well. I like the sound of the record. You can dance to it. I’d buy it!”

The lead single from Green River, there are countless cover versions of this classic hit done in different styles – from reggae to folk and psychedelia. In an interview with Rolling Stone, John Fogerty revealed that he drew inspiration from a movie called The Devil And Daniel Webster. He admitted that Bad Moon Rising is about an “apocalypse that was going to be visited upon us.”

Hot on the heels of their stunning debut album, Led Zeppelin released their second LP just a few months later. Led Zeppelin II opens with the tour de force Whole Lotta Love which became a huge hit in several countries. Jimmy Page told Wall Street Journal, “For the song to work as this panoramic audio experience, I needed Bonzo to really stand out, so that every stick stroke sounded clear and you could really feel them. If the drums were recorded just right, we could lay in everything else.”