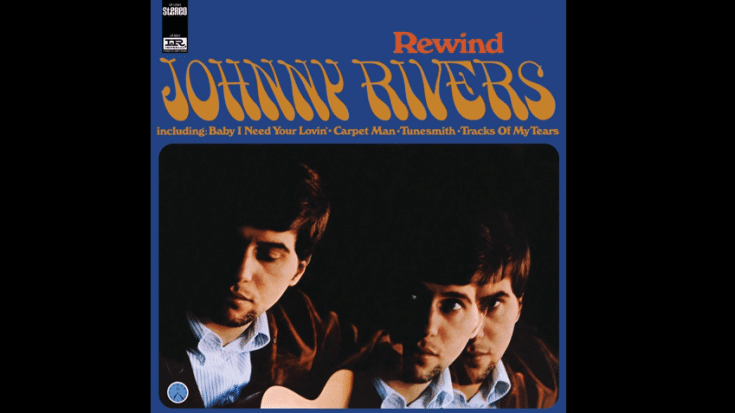 Johnny Rivers had a string of hits in the 1960s and 1970s but he churned out some of his best works between 1964 and 1968. With a style that includes pop, folk, blues, and old-time rock ‘n’ roll, he learned to play the guitar at a young age – taught by his father who played both the mandolin and guitar.

Here are some of his greatest songs:

An original by rock ‘n roll singer-songwriter Harold Dorman, it was a hit for Johnny Rivers as his version peaked at #9 on the US Billboard Hot 100.

Written by Willie Dixon and first recorded by Willie Mabon, Rivers featured it on his fourth album “Meanwhile Back at the Whisky à Go Go”. Interestingly, despite the LP’s title, Rivers recorded most of the tracks in the studio but with the audience noise merely added. Rivers’ rendition is light, easygoing, and rather refreshing.

Originally by Huey ‘Piano’ Smith, it was a minor hit for him but Rivers scored big as he achieved international success with his cover. It became his fifth highest charting song and third Gold record.

First used in a CBS TV series called Secret Agent, Rivers re-recorded it live after it became popular. Composer P.F. Sloan claimed that Rivers didn’t like this song at first but with its success, it became a staple in his live repertoire.

A Motown hit by the Four Tops, Rivers’ slower version became a much bigger success in the charts peaking at #3 on the US Billboard Hot 100.

A Chuck Berry classic, Rivers based his rendition on blues guitarist Lonnie Mack’s cover. This is the song that helped launch Rivers’ career.

1. Poor Side of Town

This track marked a shift towards pop-soul style. It also featured elements of folk music. Rivers said, “I had this tune I’d been working on, and I kept playing it for Lou. It took me about 6 months to finish. We cut it with Larry Knechtel, Joe Osborn and Hal Blaine. I did my vocal performances live with the band. I sat and played my guitar and sang. There weren’t any overdubs. So we said it could use some singers and maybe some strings. That’s the time we got together with (arranger) Marty Paich.”