5-Year-Old Girl Jams Van Halen’s “Jump,” But What She Does At The End Will Make You Smile 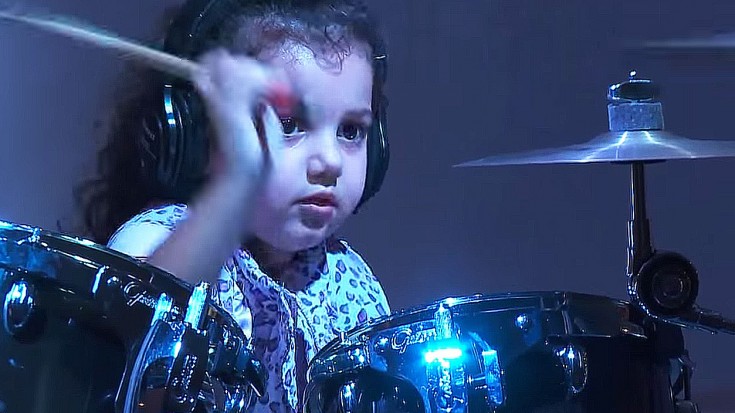 At 5 years old, tiny drumming sensation Eduarda Henklein is already making waves across the world; just late last year, a video of her drumming along to System Of A Down’s “Toxicity” went viral, amassing over 1 million views within mere days. Eduarda’s tackled one of our favorite Pink Floyd jams in the meantime, so when we saw that she recorded a video of herself jamming to Van Halen’s “Jump,” we immediately ran to YouTube to check it out – and we weren’t disappointed! Not only is Eduarda absolutely adorable, but she’s quite a drummer for being only 5 – if you scroll through the YouTube comments on the video, you’ll actually see plenty of adult drummers marveling at how easy someone so small makes the Van Halen classic look, making her talent even more out of this world.

Fun Fact: According to Eduarda’s YouTube bio, she lives in Brazil and began playing drums just a year ago at the age of 4. Impressive!

I don’t know how she does it, but the way this little lady navigates some of the song’s trickier parts (like the part where Alex Van Halen goes offbeat to make room for Eddie Van Halen’s guitar solo) is nothing short of impressive, and her little surprise solo at the end of the video is sure to leave you grinning from ear to ear just like it did us.