5 Reasons You Should See The Genesis Tour This Year 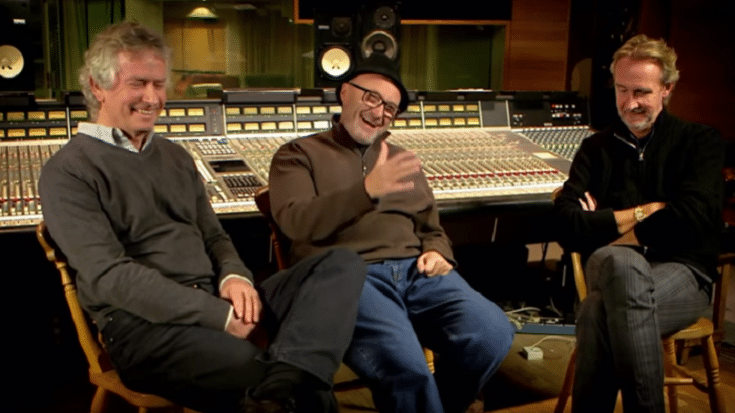 Genesis made headlines the previous week as they announced their reunion tour after 13 years of not playing together. The classic lineup of Phil Collins, Tony Banks, and Mike Rutherford initially teased the announcement on their social media channels before confirming the trek during their appearance on Zoe Ball’s BBC Radio 2 show on Wednesday. Their scheduled dates kick off on November 16 at the 3 Arena in Dublin, Ireland and wrap up on December 11 Utilita Arena in Newcastle, UK.

And in case you’re still on the fence whether to buy the tickets or not, we’re listing down five reasons that might help you decide to go watch them.

One of the reasons Genesis’ reunion tour became possible was because of Nic Collins’ inclusion in the lineup. He did not only manage to impress his father but his bandmates too. Tony Banks said, “The thing with Nic: He can sound like Phil. So when you’re doing some of these old songs, it’s interesting — they go back to how they were when we did them on the albums, which was just quite fun for us.”

4. They will dust off rarities and deep cuts.

While they don’t have a setlist yet, Genesis did reveal that it will be a mix of their classic hits and the deeper cuts. We can’t wait to see which musical gems they’ll bring out in every show.

3. They haven’t performed together in over a decade.

The last time they played together was for their reunion tour in 2007. So, it will be interesting to see if it’s just as magical.

2. Phil Collins will be back behind the kit to “play some bits” during the trek.

After suffering from an extensive nerve damage which severely affected his ability to play the drums, everyone’s looking forward to his comeback as a drummer even if it’s just for a little bit. He admitted, “I’ve gotta start really seriously thinking, but I have already been working out what I’m gonna do and what songs to play on.”

1. We might not get another shot at seeing Genesis live again.

More than the crippling nerve damage, Phil Collins has experienced several health issues over the years. The 69-year old rocker said during his 2019 “Still Not Dead Yet Live!” tour, “Back surgery, bits falling off, foot’s f– up.” Speaking about his health, he said in a recent interview that “I’ll be alright.” Considering he already retired once, we cannot be sure there will be more Genesis concerts after this tour.