47 Years Ago: Janis Joplin Gives Her Last Interview, And Leaves Us With One Key Piece Of Advice 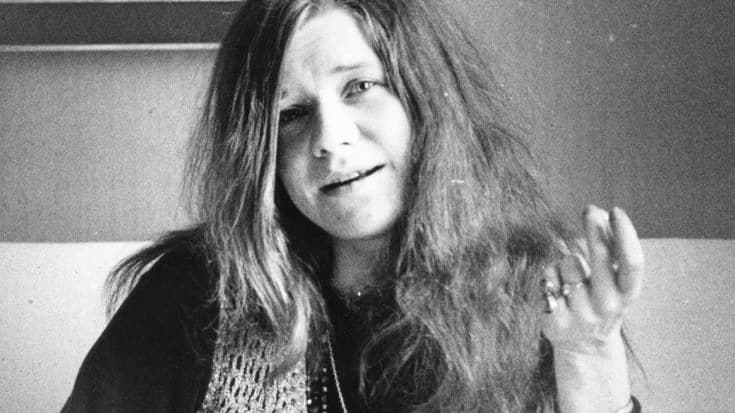 For all of her brashness and bravado onstage, Janis Joplin was at her core an incredibly wise, deeply introspective woman who dealt with a great deal of loneliness and insecurity. Four days before her death by overdose Janis gave what would be her final interview with music journalist Howard Smith, offering a great deal of insight into who Janis Joplin really was when the curtains came down, the lights went off, and the crowd went home; though her chat with Smith was brief, Janis spoke the way she lived – honestly, freely, and quickly, packing as much substance into a short amount of time as she could.

From her revelation that it genuinely hurt her feelings when people didn’t like her and knowing that she shouldn’t let it get to her as badly as it did, to why she never featured another woman in any of her bands and how her in-your-face approach to her own sexuality sent angry shockwaves through the Women’s Liberation movement, Janis Joplin is an open book – but there’s one key piece of advice she left the world with in her final hours, one that spoke to what ultimately drove her from her tiny Port Arthur, Texas home to the top of the rock pantheon as one of the genre’s most influential, iconic figures:

“You are what you settle for. Do you know what I mean? You are only as much as you settle for; if they settle for being somebody’s dishwasher that’s their own f—–‘ problem. If you don’t settle for that and you keep fighting it, you’ll end up anything you want to be.”

Whether she knew her time was running short or not, Janis’ final interview proves to be every bit as illuminating as one could hope for. Something tells us she had finally reached a place in her life where she was okay with being Janis Joplin and was making a conscious choice to stop letting people define who she was.

We all know how her story ended just 96 hours later, but somehow this interview dampens the blow of such a monumental loss; if she had to leave us, we’re glad it was with a pearl of wisdom of this caliber.