35 Years Ago: Metallica Took To The Stage For The First Time, And Changed Metal Music Forever! 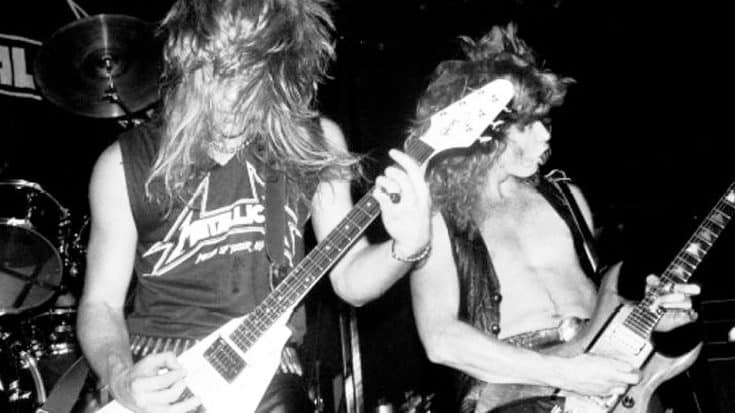 The genre took a turn for the better!

Back in 1982 in a club in Anaheim, California, four aspiring rockstars took the stage and thrashed out loud music that would eventually change music forever. They went by the name Metallica, and would go on to sell millions of record, play shows in front of hundreds of thousands of people and become one of the biggest bands in the world even to this day.

At the time, the lineup consisted of James Hetfield, Dave Mustaine, Ron McGovney and Lars Ulrich. A few years later the lineup would change, with the addition of Cliff Burton and Kirk Hammett, and the departures of Mustaine and McGovney. Burton passed away in 1986, and after a few failed attempts with fill-in bassists, Robert trujillo found his way into the band, and the lineup has been consistent ever since.

Ulrich and Hetfield recalled the debut performance recently in an interview.

“There were a lot of people there, maybe 200, because we had all my school friends and all Lars’ and Ron’s and Dave’s buddies. I was really nervous and a little uncomfortable without a guitar, and then during the first song Dave broke a string. It seemed to take him eternity to change it and I was standing there really embarrassed.”– Hetfield said.

“Ninety percent of the people there were friends of Dave Mustaine. And I mean that totally as a positive thing. He had a very big social group. James and I were complete loners. We had no friends. We only had each other. [Mustaine] had a little bit of a name from playing in this band called Panic. The first song we played was ‘Hit the Lights.’ We played that and primarily New Wave of British Heavy Metal covers, like Diamond Head and Blitzkrieg and some other stuff.”– Ulrich said.

So celebrate the beginning of Metallica with this clip of a legendary performance they did one year later in 1983! It’s worth the watch.