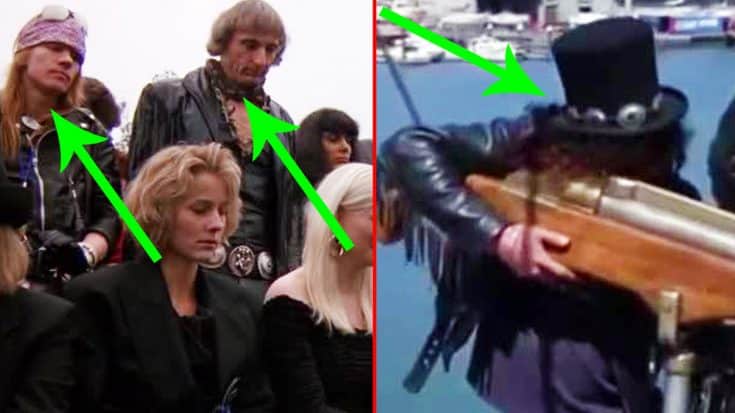 Can you spot them?

Clint Eastwood’s Dirty Harry saga has gone down as one of the best action movie series of all-time. The series followed Eastwood, who played a homicide detective. Overall, there were 5 movies in the series, with the last one being titled The Dead Pool.

Fun Fact: The Dead Pool is the fifth and last movie for the iconic Dirty Harry film series.

Although the final chapter in the saga wasn’t necessarily a fan favorite, it did feature a few great cameos! If you look hard enough, you can spot some familiar classic rock faces! Members of Guns N’ Roses can actually be spotted in a few scenes in this film! During the funeral scene, you can spot them in the crowd wearing all black leather jackets. Izzy Stradlin, Slash, Axl Rose, Duff McKagan, and Steven Adler all appear in the scene.

In another scene, you can actually see Slash fire a harpoon gun through a window! It’s great to look back and see these guys in acting roles!

You can relive the scenes down below. Check them out!