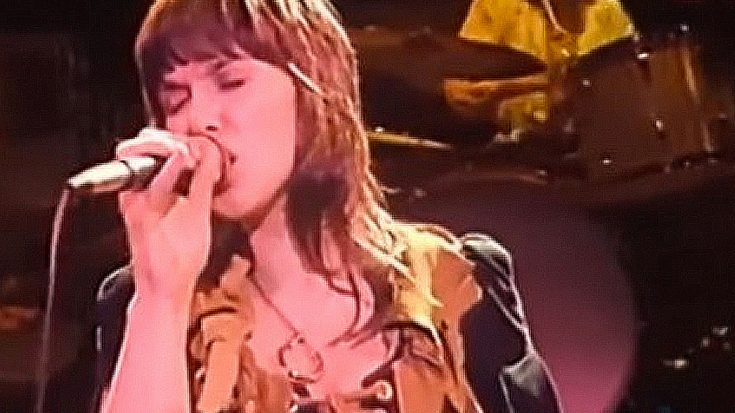 I don’t know about you, but when I hear that galloping intro to Heart’s “Barracuda,” all bets are off – it’s time to rock! No one knows this better than Heart’s own Ann Wilson, who for the last 4 decades has dazzled us over and over again with her searing classic about the power of the media when it comes to crafting outrageous stories about you and as far as we’re concerned, there’s a not a singer alive able to match Ann in terms of her limitless energy and magnetic stage presence – and quite frankly, why would anyone want to try, especially after seeing this video?

Fun Fact: Regarded as one of the best female vocalists in rock music history, Wilson was listed as one of the “Top Heavy Metal Vocalists of All Time” by Hit Paradermagazine in 2006.

Just 27 at the time this video was shot, Ann reigns supreme as the high queen of all things rock and roll with an electrifying performance of “Barracuda,” joining her 23-year-old sister Nancy and dazzling their audience as she twirls her way across the stage, constantly in motion and an absolute force to be reckoned with as she commands the stage with the ease and grace of a seasoned professional with as many years’ experience performing as Ann had been alive. An incredible show of talent from Ann and her bandmates, this performance of “Barracuda” is one you definitely don’t want to miss – check it out in the video below!