1983: The Time David Bowie Called Out MTV On Their Lack Of Diversity 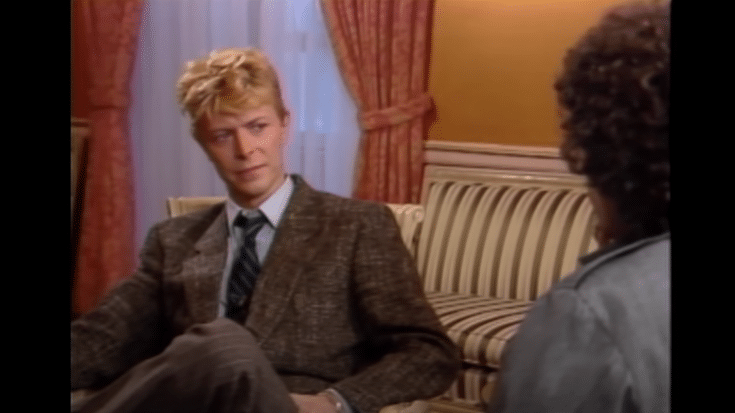 He Stood His Ground

Amid the protests happening all over the world in the fight against racism, David Bowie called out MTV over three decades ago for their lack of diversity. In 1983, the legendary rocker sat down for an interview with MTV VJ Mark Goodman to promote his album “Let’s Dance” and instead of doing just another press junket, he boldly and bravely pointed out that there weren’t enough black artists featured on MTV.

During the conversation, he asked: “It occurred to me that, having watched MTV over the last few months, that it’s a solid enterprise and it’s got a lot going for it. I’m just floored by the fact that there are … so few black artists featured on it. Why is that?”

Goodman then tried defending his network saying, “I think we’re trying to move in that direction. We want to play artists that seem to be doing music that fits into what we want to play on MTV. The company is thinking in terms of narrow-casting.”

Bowie, who couldn’t be easily swayed by the noncommittal answer, responded with: “That’s evident. The only few black artists that one does see are on at about 2:30 in the morning until 6:00. Very few are featured prominently during the day. I’ll say that over the last couple of weeks, things have been changing, but it’s a slow process.”

Clearly, Goodman didn’t expect to find himself in hot water. In an attempt to play it safe, he said: “We have to try and do what we think not only New York and Los Angeles will appreciate, but also Poughkeepsie or the Midwest, pick some town in the Midwest that would be scared to death by Prince, which we’re playing, or a string of other black faces. We have to play the type of music the entire country would like.”

At a time when few artists blatantly questioned networks like MTV, Bowie was there championing black artists. He added, “Do you not find that it’s a frightening predicament to be in? Is it not possible it should be a conviction of the station to be fair? It does seem rampant in American media. Should it not be a challenge to make the media far more integrated?”

Bowie was unimpressed with Goodman’s roundabout answers. Bowie definitely got his point across in this interview and decades later, his statements remain relevant.