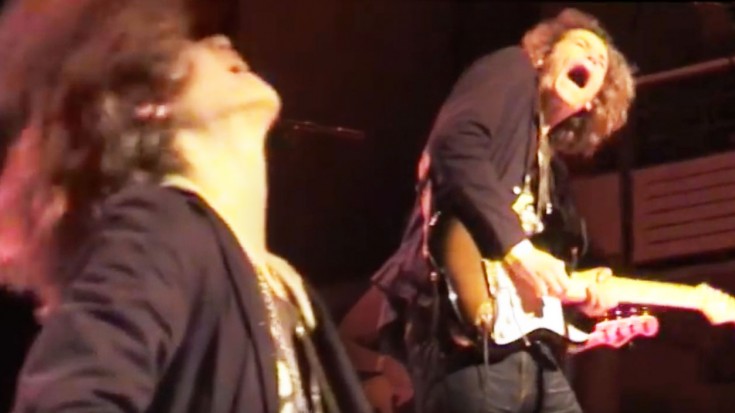 The soul this kid feels when playing Jimi Hendrix’s “Little Wing” is truly a musical phenomenon. When Fredrik was just 12 years old, he delivered a flawless rendition of SRV’s “Texas Flood” on Norway’s Talent Show Norske Talenter that we shared with you awhile back; we figured we could catch up with Fredrik and we are so glad we did.

Interesting Fact: Hendrix has described this as being one of the few he likes from this album. He said “Little Wing” is “like one of those beautiful girls that come around sometimes.” Hendrix enjoyed writing slow songs because it was easier to put emotion into them.

Now just 14 years old, Fredrik is making big things happen in Norway with his own band, the Fredrik Strand Halland Band with this absolutely breathtaking rendition of “Little Wing” and other SRV favorites like “Mary Had A Little Lamb,” “Texas Flood,” “Pride And Joy” and many, many more. It is clear that Fredrik has soul and natural born talent to understand the guitar inside and out and make some of the most beautiful music we have ever heard before.

The only two people that have been able to play this song so beautifully have been Jimi Hendrix and Stevie Ray, but we found a third; you will not argue with us when you see what this kid can do with the guitar. Check him out!