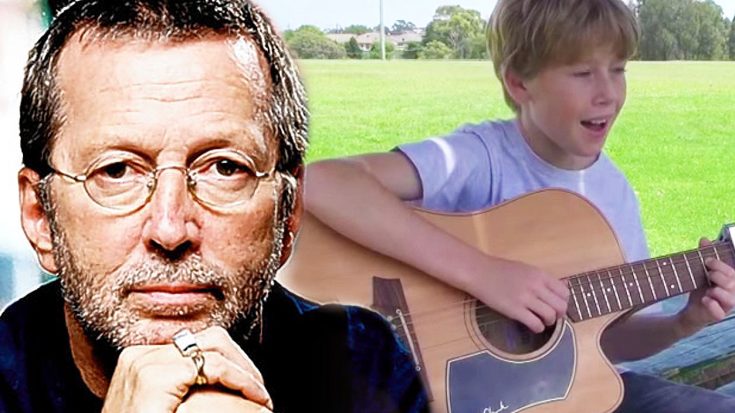 What an incredible tribute

Eric Clapton’s “Tears In Heavan” is one of the most emotional songs in rock n’ roll history. It also happens to be one of the most difficult songs to sing, therefore making it rare to find an exceptional cover. Well luckily we’ve found a pretty amazing cover of this classic tune, courtesy of 13-year old Australian prodigy Ky Baldwin. Ky covers the song on acoustic guitar, and made a music video where he dedicates the song to all of those who lost their lives in 2014.

Origin of the song: Clapton wrote this about his four-year-old son Conor, who died when he fell out of a 53rd floor window in the apartment where his mother was staying in New York City. Clapton had one other child at the time: His daughter Ruth was born in 1987, the year after Conor was born.

It’s the perfect tribute, and amazingly beautiful. The young man shows incredible poise, and reverence in this video! Although his voice may not be perfect, it’s a difficult song to sing, and for being at such a young age, he did the absolute best he could, and we respect that! Keep it going, Ky!

Watch the video down below, but we warn you: you may want to grab a few tissues for this one!