10 Of The Most Expensive ’60s Rock Artifacts 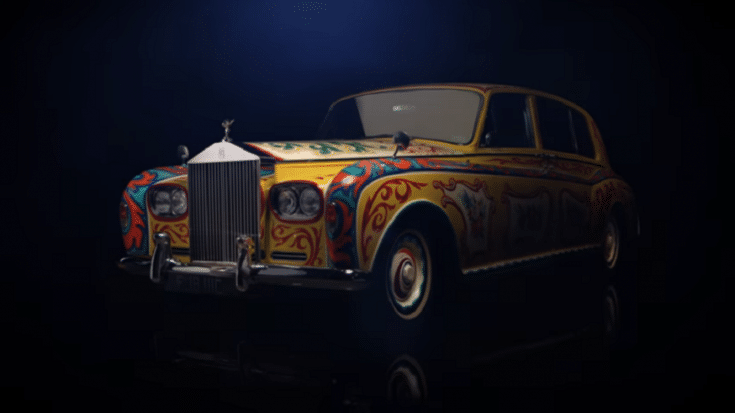 For the moment, let’s say you have maybe a couple of million dollars just lying around waiting to be spent on non-essential things like music memorabilia. What piece of rock ‘n roll history do you want to own? An iconic guitar? A famed luxury car? Or how about pieces of paper that contain handwritten lyrics by your favorite musicians?

Let’s take a look at ten of the most expensive artifacts from the ’60s:

Elvis Presley’s touring limousine was auctioned off in 2014. The car also appeared on the documentary film “The King” after the producers bought the 1963 Rolls-Royce Phantom V. Filmmaker Eugene Jarecki said, “Étienne said to me, ‘This car is so wide and America is so big, there’s a harmony there.’ We wanted to make a movie like in the old days, where the horizon is endless. It’s Big Sky country.”

The album cover itself is iconic and apparently, one Beatles fan paid to own the hand-painted drum skin for $1.1 million which is around 4x its estimated worth. It was designed by artist Joe Ephgrave.

Just one of John Lennon’s several handwritten lyrics which fetched for over a million, it sold in 2005 to an anonymous bidder at a British auction house. The sheets were taken from Lennon’s music stand after The Fab Four’s final TV appearance in 1967.

This is what Jimi Hendrix used to play his iconic take “Star Spangled Banner” during Woodstock. Ex-Microsoft billionaire Paul Allen purchased it and featured it on The Jimi Hendrix Experience Museum.

It sold for double its estimated price. Sotheby’s Books and Manuscripts Department international chairman David Redden said, “The outstanding price achieved for these handwritten lyrics is testament to the iconic status of the Beatles, John Lennon and especially this song.”

The Beatles’ appearance on The Ed Sullivan Show was a game-changer for them and they broke records too. And so getting the bass drum head from Ringo Starr cost over two million!

Bob Dylan wrote the lyrics following an exhausting England tour in 1965. It wasn’t an easy song to write since Dylan struggled with it a bit.

John Lennon used the acoustic guitar while they were recording “Please Please Me” and “With the Beatles”. It was then lost for over 40 years.

John Lennon customized his Rolls-Royce Phantom V to fit his rockstar lifestyle and it took several months to complete. It has a double bed instead of a rear seat, a TV, radio telephone, built-in record and tape players along with hidden loud speakers, and then repainted just as they finished recording Sgt. Pepper’s Lonely Hearts Club Band.