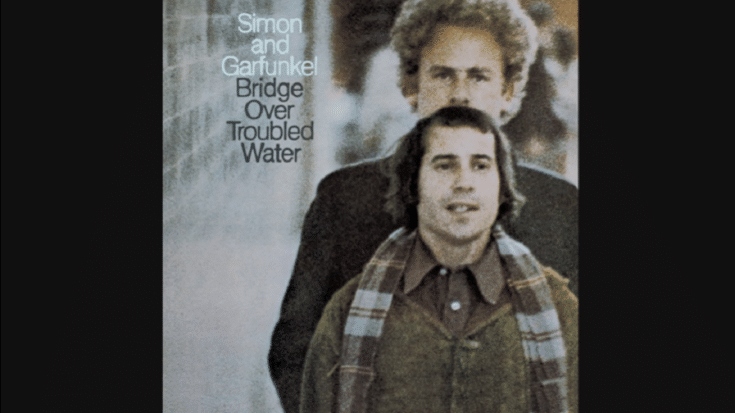 1970 was a glorious time in rock, it signaled the beginning of a decade when the genre was no longer an underdog and instead of performing in small & intimate venues, rock acts played at sold out stadiums and arenas. 1970 saw the release of stellar records left and right and so in 2020, we’re looking back at those classic songs that are turning or have already turned 50 this year.

Derek and the Dominos only had one studio album but that was more than enough to leave their mark in rock. One of the most popular songs from the LP, “Layla” was inspired by Persian poet Nizami Ganjavi’s The Story of Layla and Majnun. At the time, Eric Clapton also drew inspiration from his then-unrequited love for Pattie Boyd – the wife of his friend George Harrison. Clapton said in 1988, “I’m incredibly proud of that song. To have ownership of something that powerful is something I’ll never be able to get used to. It still knocks me out when I play it.”

After The Beatles broke up, George Harrison found himself with a treasure trove of musical gems which didn’t make the cut in their albums. And he released a stunning triple album that showcased his songwriting skills and musicianship. “All Things Must Pass” featured “My Sweet Lord” which became the first #1 single by a former Beatle. He explained in The Material World, “First, it’s simple. The thing about a mantra, you see… mantras are, well, they call it a mystical sound vibration encased in a syllable. It has this power within it. It’s just hypnotic.”

The follow-up to “The Boxer”, it’s the title track of their fifth studio album. It became the duo’s biggest hit single and is widely considered as their signature song. Paul Simon composed it pretty quickly and was inspired by gospel singer Claude Jeter’s line “I’ll be your bridge over deep water if you trust in my name” from the 1958 song “Mary Don’t You Weep.” Simon said, “Every time I came home, I put that record on, so it was in my mind. I started to go to gospel chord changes, and took the melody further. Then there was one song where the lead singer was scatting, and he shouted out: ‘I’ll be your bridge over deep water/If you trust in my name.’ And, well, I guess I stole it.” And acknowledging Jeter’s influence, Simon even wrote him a check.

How can anyone forget Robert Plant howling about Valhalla? One of their most popular and enduring songs, Plant and Jimmy Page wrote it during their tour of Iceland, Bath and Germany in 1970. Plant explained, “We weren’t being pompous. We did come from the land of the ice and snow. We were guests of the Icelandic Government on a cultural mission. We were invited to play a concert in Reykjavik and the day before we arrived all the civil servants went on strike and the gig was going to be canceled. The university prepared a concert hall for us and it was phenomenal. The response from the kids was remarkable and we had a great time. ‘Immigrant Song’ was about that trip and it was the opening track on the album that was intended to be incredibly different.”

The title track of their final studio album, it was written by Paul McCartney and he also took over the lead vocals. The single version is softer while the album mix features a more aggressive guitar solo. It was The Beatles’ final single before McCartney announced his departure. He got the idea after dreaming about his mother during the White Album sessions which were full of tension. McCartney recalled, “It was great to visit with her again. I felt very blessed to have that dream. So that got me writing ‘Let It Be’.”

A lot of people believed this was a protest song against the Vietnam War but according to John Fogerty who wrote it, he drew inspiration from his Woodstock Festival experience since it kept raining and the attendees danced in the rain. Fogerty also told Rolling Stone, “I was talking about Washington when I wrote the song, but I remember bringing the master version of the song home and playing it. My son Josh was four years old at the time, and after he heard it, he said, ‘Daddy stop the rain.’ And my wife and I looked at each other and said, ‘Well, not quite.'”

Their first single release, “Paranoid” was actually a last minute addition to their second studio album. Bassist Geezer Butler told Guitar World, “The song “Paranoid” was written as an afterthought. We basically needed a 3 minute filler for the album, and Tony came up with the riff. I quickly did the lyrics, and Ozzy was reading them as he was singing.” Interestingly, there’s no “Paranoid” word in the lyrics.

This was a hit in several countries. It was written by bassist Andy Fraser and singer Paul Rodgers. The song became more successful following Free’s performance at the Isle of Wight Festival on August 31,1970 where they played in front of over half a million people. Drummer Simon Kirke said, “‘All Right Now’ was created after a bad gig in Durham, England. Our repertoire at that time was mostly slow and medium paced blues songs which was alright if you were a student sitting quietly and nodding your head to the beat. However, we finished our show in Durham and walked off the stage to the sound of our own footsteps. The applause had died before I had even left the drum riser. When we got into the dressing room, it was obvious that we needed an uptempo number, a rocker to close our shows. All of sudden, the Inspiration struck (bass player Andy) Fraser, and he started bopping around singing ALL RIGHT NOW… He sat down and wrote it right there in the dressing room. It couldn’t have taken more than 10 minutes.”

One of the most powerful protest songs ever written, Neil Young wrote it after seeing photos of the Kent State Massacre which happened on May 4, 1970. The shooting took place at Kent State University where students were protesting against the Vietnam War and the National Guard soldiers opened fire – killing four students and injuring nine others. Graham Nash told MusicRadar, “Crosby called me up and said he’d booked a studio. ‘Neil just wrote this song, it’s f—ing fantastic. Get down here.’ Neil played me ‘Ohio,’ and it was ‘Holy f— – fantastic.’ We recorded it in an hour and a half.”

It caused controversy and was banned in some radio stations because of the brand name Coca-Cola in the lyrics. Nevertheless, it became one of The Kinks’ most iconic songs. Written by Ray Davies, he explained: “It was a real experience in a club. I was asked to dance by somebody who was a fabulous looking woman. I said “no thank you”. And she went in a cab with my manager straight afterwards. It’s based on a personal experience. But not every word.” It was a hit on both sides of the Atlantic and became a staple in the band’s live repertoire.